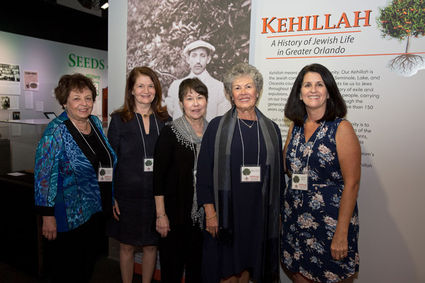 On Nov. 12, more than 400 people crowded into the second floor of the Orange Country Regional History Center for the long awaited opening of the exhibition Kehillah: A History of Jewish Life in Greater Orlando. This exhibit covers 150 years of local Jewish history, and not only shows how the Jewish community organized but also the many diverse ways Jews have contributed to the growth and enrichment of Central Florida for all of its citizens. 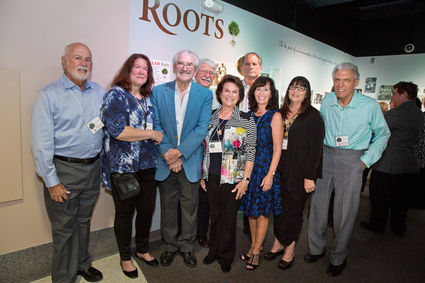 The spirit of community was alive and well as people viewed the 500+ images and artifacts. Smiles, laughter and even some tears were shed as guests moved from theme to theme trying to take it all in.

"I can't believe I got choked up, but it is just so wonderful to see what our community started from and how much has been accomplished," said Barbara Chasnov. "The individuals highlighted in the Blossoms theme have done so many amazing things, many that I never even knew about."

The entire exhibit has been published in a catalog, available for sale in the History Center gift shop, along with other Kehillah specialty items. The income from the sale of the catalog and merchandise will benefit the Jewish Federation of Greater Orlando. The History Center, located at 65 E. Central Blvd., is open Monday thru Saturday 10-5 and Sunday 12-5. The Kehillah exhibit will be on display until Feb. 20, 2018.