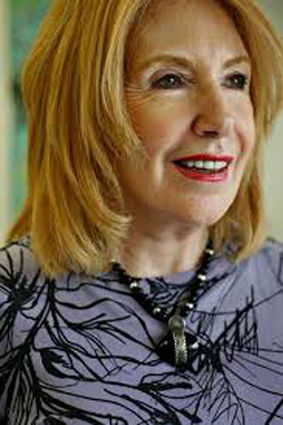 On Sunday, Dec. 10, 2017, The Orlando Chapter of Hadassah will host a private showing of Holocaust Art by Judith Dazzio at The Holocaust Center in Maitland beginning at 1 p.m.

Dazzio will personally present and discuss her paintings followed by an afternoon tea catered by Arthur's Orlando Catering.

Judith Dazzio is the owner and lead instructor at Dazzio Art Experience School of Art. She is also the proprietor of Dazzio Art Gallery in St. Petersburg, Florida. She received her B. S. degree in art education from the University of New Hampshire. Her graduate work was completed at the Massachusetts College of Art and Boston University.

Dazzio lived several years in Louisiana where she taught art and eventually became the State director of Art Education. After moving to Florida, she continued to teach and paint. She has exhibited in many one-person, gallery and museum shows in both the United States and the United Kingdom. Dazzio has been painting most of her life, and her work can be found in many collections throughout the world. Her style is considered expressionistic and in most cases includes people.

Dazzio has never forgotten the story of the Holocaust Survivor who spoke to her sixth-grade class. She recalls, "I can still see her holding up those faded pictures of her children that had been killed, and remember how she started crying when she talked about them..."

She doesn't remember her name, nor has she been able to find out who she was, but as a 12-year-old schoolgirl, Dazzio made a promise: one day, she was going to honor the extraordinary woman whose story cannot be forgotten.

Over the course of 10 years, this St. Petersburg, Fla.-based artist fulfilled her promise. "The Profound Effect" visually represents the testimony of this Holocaust Survivor through intense color and vivid, deeply emotional imagery. Equal parts beautiful and haunting, this exhibit will have a "profound effect" on you, too.

Make your reservations today to take advantage of this is a wonderful opportunity to meet the artist and hear her account of what lead her, a non-Jewish woman, to become emotionally invested in the Holocaust.

The couvert is $10 per person and full donor credit is offered to all members.

This very special event is open to the public.