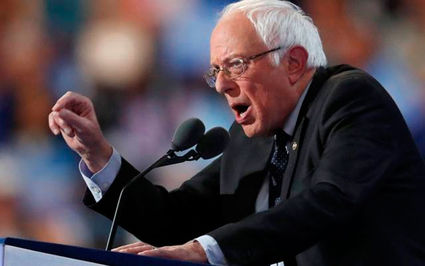 Democratic US senators have called on Prime Minister Benjamin Netanyahu on Wednesday to stop the planned demolition of twoillegally built Palestinian villages, claiming that the move could endanger Israel's future.

The letter urged Netanyahu to scrap an order to demolish the Palestinian villages of Sussiya and Khan al-Amar, situated in the Hebron area. While both are not authorized and were built illegally, the plans to raze the villages, as prescribed by law, have sparked international outcry.

"Efforts to forcibly evict entire Palestinian communities and expand settlements not only directly imperil a two-state solution, but we believe also endanger Israel's future as a Jewish democracy," the authors claimed in the letter.

The letter is harsh in its assault on Israel and is even reminiscent of language used by anti-Israel organizations.

"Instead of forcibly evicting these communities, we encourage your government to fairly re-evaluate Sussiya's professionally developed master plan and provide the residents of Khan al-Ahmar equal building rights," the letter read.

Sussiya's illegal Palestinian structures are situated in Area C, officially fully controlled by Israel as per the 1993 Oslo peace accords.

The Obama administration had previously put pressure on Jerusalem on the issue, threatening a severe response if Israel acted in accordance with its own law.

These so-called defenders of human rights have exercised a double standard with regard to Jews. They choose to remain silent and fail to defend Jews whose homes are destroyed under the pretense that they are "built illegally" on allegedly privately owned Palestinian land.