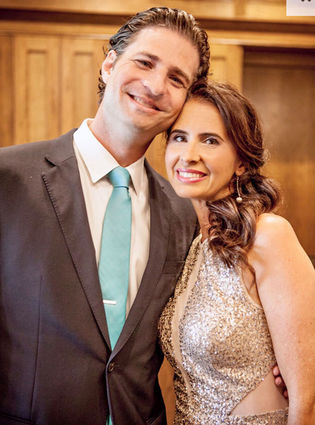 Jewish Academy of Orlando announced it will be honoring Nathalie and Dr. Jordan Steinberg and giving a lifetime achievement award to Dr. Edward Zissman at the school's annual gala, Sunday, Dec. 17 at the Dr. Phillips Performing Arts Center.

Nathalie and Jordan moved from Montreal, Canada 10 years ago, with their three children. They wanted to build a meaningful Jewish life and provide their children with the best Jewish education possible.

Jordan has been on the Board of Directors of the school for nearly eight years, serving as its president from 2014-2016. During this time, he led many fundraising, operational and strategic initiatives. Jordan, a urologic oncologist at Florida Hospital, is currently serving his second term as chief of surgery at Winter Park Memorial Hospital. He completed his medical school and residency in Urology at McGill University- followed by Fellowship in Cancer at MD Anderson in Houston.

Nathalie has been an active Jewish Academy of Orlando volunteer for nearly 10 years, and has served as the Gala co-chair numerous times. She is a graduate of the Bornstein Leadership program. Nathalie is a lawyer by training; she attended McGill University for her undergraduate degree in psychology, University of Montreal Law School for law and followed by articling at Quebec Bar. She currently works in real estate for Coldwell Banker.

About the school, Jordan and Nathalie state, "We truly consider Jewish Academy of Orlando our second family, and second home here in Orlando. We are honored and blessed to be a part of this unique school and this special community. We have made lifetime friends. Thanks to Jewish Academy of Orlando, our children have thrived and excelled beyond our greatest expectations. We look forward to continue supporting this magical place, and its important mission."

"We take great pleasure in honoring the Steinberg family," said Alan Rusonik, Head of School. "They have been integral to the school operations and success, since I moved here in 2014. And, we are happy to celebrate and honor Dr. Edward Zissman's dedication; his support has been a lifeline to the school for 40 years."

As a leader of the Orlando Jewish community for over 45 years, Dr. Edward Zissman is known as a dedicated advocate for lifelong Jewish learning.

Together with his wife, Phyllis, and a small group of Orlando Jewish families, Dr. Zissman founded the Hebrew Day School of Central Florida, now known as the Jewish Academy of Orlando. He served as the first president of the school's Board of Directors. He has continued to serve on the Board throughout the school's history and has been integral to the school's success in the capital campaigns, re-dedication campaign, Life and Legacy campaign, and general development activities. The Zissman family also purchased, restored, and maintains a Sefer Torah for daily use at the school.

Dr. Zissman is very active in the Jewish community. He has served on the inaugural board of directors of both The Holocaust Resource Memorial Education Center and the Central Florida Hillel Foundation. Dr. Zissman is also a current member of the Board of Directors of the Jewish Federation of Greater Orlando, actively supports the PJ Library and is a longtime member of Congregation Ohev Shalom.

Dr. Zissman graduated from Temple University and Hahnemann Medical College. Following pediatric medical training in Baltimore and Boston, he moved to Central Florida in 1972 as chief of pediatrics at the Naval Hospital Orlando. He co-founded Altamonte Pediatric Associates, the first pediatric medical practice in south Seminole County, where he practiced for more than 40 years. Dr. Zissman served as president of the Florida Pediatric Society/Florida Chapter of the American Academy of Pediatrics and National AAP District X vice chair. He was also the founding medical director of both the Central Florida Juvenile Diabetes Foundation and The Jewish Federation of Greater Orlando's Tay-Sachs Disease Screening Program.

Edward and Phyllis have four children who, with their spouses, have blessed them with eight beautiful grandchildren, including two current students at the Jewish Academy of Orlando.

With board and committee positions, both families have made quite a difference. "This gala night, we celebrate their contributions to our school and to our community as a whole," says Melanie Brenner, co-president. 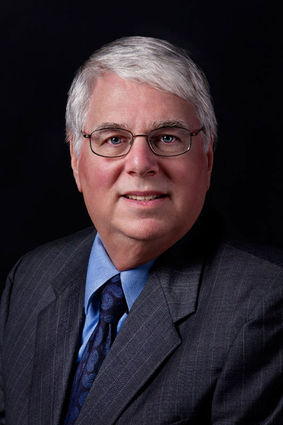 This year, the school celebrates its 40th year. It will feature a few talented alumni, who will sing for the crowd. The Gala is the school's biggest annual fundraiser; proceeds fund new curricula, this year was a new Hebrew curriculum, field trips, new programs and provide scholarship funds.

For more information about the Jewish Academy of Orlando or to arrange a visit to the school, please contact Alan Rusonik, Head of School, at arusonik@myjao.org or 407-647-0713.