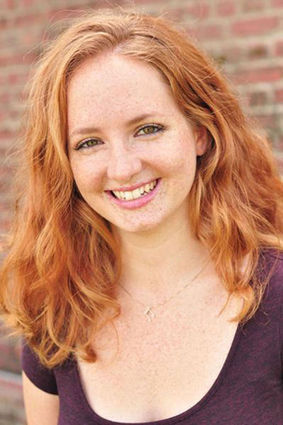 Congregation Beth Chaim is back, but actually, it never really left. The small Reform congregation, which was located on 434 in Winter Springs, was struggling a few months ago. Funds were tight and its location was in a remote area. Rumors abounded that the congregation had closed its doors for good.

It had closed its doors-that is, the doors of the building in Winter Springs. Right after the High Holidays the group of faithful congregants opened a new door in Oviedo, thanks to its cantorial soloist and spiritual leader Jillian Marini.

"I did a lot of research for an area that was growing more," she said.

She found that location in Oviedo where Marini and her fiancé had just opened a new business, Songbirds Music, Art and Dance Center. Marini donated space in the building for Friday evening for services.

"The real reason we chose Oviedo was because it is a family-friendly area, and that's what we are-family-friendly!" said Marini, who grew up at Bet Chaim. "We wanted to return to our roots, with lay-led services."

The seven-member board with co-presidents, Diane Langer and Mel Berger, also chose a donation-only structure rather than membership dues. With no monthly rent and no required dues, this eased a financial burden for the congregants.

The services, led by Marini, are very interactive. She even created a new word to describe them-"voluntold," meaning that everyone actively participates.

Marini confessed though that she isn't sure if it's the interactive services or the best Challah ever that draws the more than 20 congregants to the synagogue.

"We have two of the best challah makers! Both challahs are different, and both taste wonderful!" she exclaimed with laughter.

Bet Chaim's new location is 181 E. Mitchell Hammock, Oviedo. Services are at 8 p.m. every Friday, and tonight, there will be a special Chanukah service and party. Marini stated that everyone is welcome, and bring latkes.