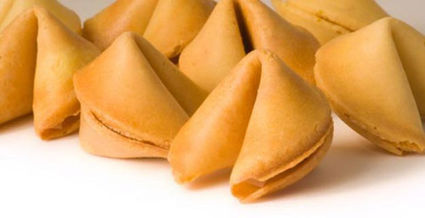 On Dec. 23, Larry and I traveled 400 miles to spend time with our friends, Chris and Bernie Grossman, in their new home in Tallahassee. And on Dec. 25, the Shapiros and Grossmans upheld a tradition as steeped in Jewish culinary ritual as eating brisket on Rosh Hashanah, potato latkes on Chanukah, and matzo ball soup on Passover. We ate Chinese food on Christmas Day.

Growing up in a small town in Upstate New York, my family didn't eat Chinese food on Christmas Day, or most other days of the year. If there was a Chinese restaurant in Plattsburg, the "big town" near us, I don't remember ever going there.

Once or twice a year, my father would pile my mother and the four children into the station wagon and drive the 90 minutes to Montreal. We would weave our way into Chinatown and head to the Nanking Cafe. We would climb a set of steep stairs and crowd around a table in a booth. (Family lore tells of the time that my brother Jay drank the water in the finger bowl.) The wonton soup and noodles would be followed by chow mein (much better than the stuff we ate out of cans that we got at the local Grand Union). We would finish up with fortune cookies and vanilla ice cream and head back home.

The Chinese food at Christmas tradition started for me after Larry and I married and bought a home in Saratoga County in 1976. Ling's, near the corner of Routes 146 and 9 in Clifton Park, was the only restaurant open on Dec. 25th. (It was also the only Chinese restaurant in a 10-mile radius; there are now at least 10!) Larry and I met half the Jewish population of our community there.

By the next year, we were going to Ling's with a group of friends. And by the time our children left home, we had a standing date for a Dec. 25th dinner with the Grossmans and several other couples in various Chinese restaurants throughout the Capital District. Wherever we chose to go, we could count on sharing the evening with tables of fellow Jews-including many rabbis and their families.

The tradition continued when we moved to Florida in 2015, when the Grossmans and another of our regulars, Joyce and Mel Toub, joined us in Kissimmee for three days. Of course, we had reservations at the local Chinese restaurant on Christmas Day.

Last year, Chanukah started on Dec. 24. Congregation Shalom Aleichem in Kissimmee held a community dinner. I was hoping we would be dining on huge metal pans filled with vegetarian or kosher-style dishes from one of the two Chinese restaurants close to our shul. To my disappointment, the committee planning the event opted for Italian. The next day, we joined my brother Jay, his wife Leslie, and their family for a traditional Chanukah meal in Sarasota. This year, however, we were back on track for wonton and moo shu, heading to Tallahassee to maintain the ritual of eating Chinese food on Dec. 25.

According to Mathew Goodman, author of "Jewish Food: The World at Table," the Jews' love for Chinese food dates back over 100 years ago. The Lower East Side of Manhattan was populated by Eastern European Jews, Italian, and Chinese. "Italian cuisine and especially Italian restaurants, with their Christian iconography, held little appeal for Jews," Mark Tracy wrote in a 2011 Atlantic article. "But the Chinese restaurants had no Virgin Marys. And they prepared their food in the Cantonese culinary style, which utilized a sweet-and-sour flavor profile, overcooked vegetables, and heaps of garlic and onion"-all similar to Eastern European cuisine.

Another theory was included in a 1992 academic (seriously!) paper by Gayle Tuchman and Harry G. Levine in which they supported the idea that Chinese food was 'Safe Treyf.' True the dishes featured un-kosher foods including shellfish and pork. But it was chopped and minced and mixed with so many vegetables, it was disguised. As stated in a 2007 blog post Feed the Spirit, "If pork was in wontons (which looked very much like Jewish kreplach) or in tiny pieces in chop suey, it didn't seem as bad as chowing down on a ham sandwich. And the Chinese typically don't cook with dairy products, so no one had to worry about mixing milk and meat. The concept has made it to the highest court in our country. According to the Judaism 101 website, Justice Elana Kagen brought up the Jewish/Chinese food connection up at her 2010 Supreme Court confirmation hearing. When a senator asked her where she was on Christmas, she said, "You know, like all Jews, I was probably at a Chinese restaurant."

In 2009, Brandon Miller even penned a song: "I eat Chinese food on Christmas/Go to the movie theater, too/'Cause there just ain't much else to do on Christmas/When you're a Jew."

As you can tell by her undecidedly non-Jewish name, Chris was not born Jewish. She converted after she met Bernie at Grinnell. Chris, whose Hebrew name is Chava, keeps kosher. So on Dec. 25, in a Chinese restaurant in Tallahassee, she ordered the egg drop soup and flounder filet with yu shang sauce.

The rest of us, however, ate "Safe Treyf." Larry ordered crispy jumbo scallops with black bean sauce. Bernie got egg rolls and black pepper beef tenderloin tips ("Bernie always eats something with beef, no matter what ethnic variety food we have," quipped Chris). And I ordered my favorite-chicken moo shu chicken with pancakes and plum sauce.

After the main meal, we popped open our fortune cookies and shared the Chinese predictions for the upcoming year. Then we went back to the Grossmans and dined on my "world famous chocolate chip cookies," another long-standing holiday tradition for us friends. We raised a glass of wine, shouted "L'Chaim" (To Life!) or "ganbei" (gon bay) the traditional Chinese toast which literally means 'dry cup.'

The Hebrew year is 5778 and the Chinese year is 4715. That must mean, the old joke goes, that against all odds the Jews went without Chinese food for 1,064 years. Fortunately, for us, we were able to share fried rice, friendship and fortune cookies with the Grossmans.