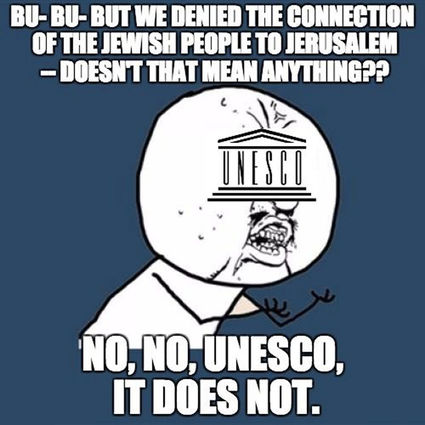 One of the submissions in the Milstein Family Foundation's pro-Israel meme contest.

(JNS) The Adam and Gila Milstein Family Foundation (MFF) on Monday announced the winners of its second competition for the creation of pro-Israel social media memes.

The competition brought together hundreds of participants from around the world, including the U.S., Israel, Egypt, South Africa, Germany, Romania, Kenya and Denmark.

"We received a wide range of unique and creative memes, which were funny, entertaining and often moving," said Israeli-American philanthropist Adam Milstein.

"This is only the second meme competition, but I am really impressed with the quality and quantity of memes we received, which are now available as a resource to be shared on the social media channels of our partner organizations and for the entire pro-Israel community," he said.

Milstein added that MFF takes pride in initiating projects that encourage creative thinking and unite "Israel advocates around the world."

A panel of prominent pro-Israel student activists selected the contest's winners. Eighteen contest winners with the most creative and original memes were awarded a total of $2,000 in prize money.

MFF partnered with 18 other Jewish and pro-Israel organizations to sponsor the competition. The foundation states that it "works to safeguard and strengthen the Jewish People and the Jewish State by igniting Jewish pride in the next generation, providing pro-Israel Americans with knowledge and expertise to advocate for the State of Israel, and bolstering the critical U.S.-Israel Alliance."