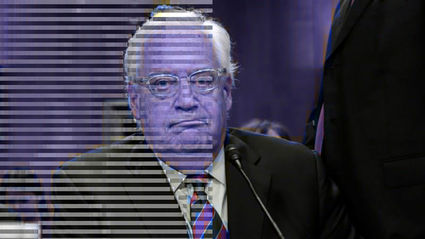 United with Israel does not use the term 'occupied' when referring to areas controlled by Israel since June 1967. US Ambassador David Friedman apparently agrees.

Although many call the territories to the west of the Jordan River captured by Israel in the Six Day War the "West Bank," United with Israel prefers to use the historically and geographically correct term 'Judea and Samaria.'

'Occupied' is a loaded political phrase that indicates, just by its usage, that Israel is the occupier and not the legal sovereign in territories in the Land of Israel that were captured in the Six Day War in 1967. The 'territories' remain in dispute, and they have been the subject of a series of peace negotiations and a few partial agreements, including the Oslo Accords signed in 1995 between Israel and the Palestinians.

International legal expert Ambassador Alan Baker told United with Israel "Friedman is completely correct. The word 'occupation' refers to your army taking military control over some other country's sovereign territory. Israel has a unique historic connection to Judea and Samaria." According to Baker, "The correct term should be 'disputed territories.'"

The State Department is refusing to adhere to Friedman's request but has agreed to bring the issue up for consideration in the near future, Israel Radio reported. The development comes only weeks after President Donald Trump shifted decades of US policy by recognizing Jerusalem as Israel's capital. Even as he made the policy announcement, Trump went on to declare that the US remains committed to a comprehensive peace agreement and has not taken a position relating to the future and permanent recognized borders between Israel and the Palestinians.

Friedman broke with decades of US policy when he recently used the words "alleged occupation" in conversation with The Jerusalem Post. The State Department was reportedly opposed to the ambassador's choice of words and issued a statement saying that Friedman's comment did not represent a change in US policy and there was no change in the status quo. US Middle East Envoy Jason Greenblatt apparently backed up Friedman's position by saying that 'settlements' (Jewish communities in Judea and Samaria) are not an obstacle to peace.

The White House recently said that "unrestrained settlement activity does not advance the prospects for peace." At the same time, the US has commented against calls for a settlement freeze.