Palestinians to Trump: Threats to cut aid are 'blackmail' 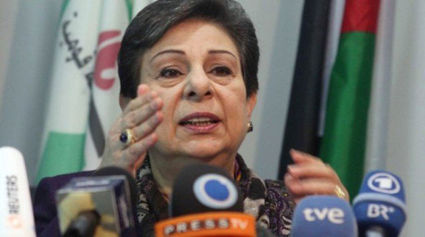 The Palestinians rejected President DonaldTrump's threat to cut US aid to the Palestinian Authority over its refusal to return to the negotiations table, saying their "rights are not for sale."

Trump tweeted Tuesday that "we pay the Palestinians HUNDRED OF MILLIONS OF DOLLARS a year and get no appreciation or respect. They don't even want to negotiate a long overdue peace treaty with Israel."

"We have taken Jerusalem, the toughest part of the negotiation, off the table, but Israel, for that, would have had to pay more. But with the Palestinians no longer willing to talk peace, why should we make any of these massive future payments to them?" he stated on Twitter.

Earlier, at a press conference at the United Nations, US ambassador to the UN Nikki Haley made similar remarks in response to questions about the future of US aid to the United Nations Relief and Works Agency for Palestine Refugees.

"The Palestinians now have to show to the world that they want to come to the table. As of now, they're not coming to the table but they asked for aid. We're not giving the aid, we're going to make sure that they come to the table and we want to move forward with the peace process," she said.

Trump "doesn't want to give any additional funding, or stop funding, until the Palestinians agree to come back to the negotiation table, and what we saw with the [UN Jerusalem] resolution was not helpful to the situation," Haley said. "We're trying to move for a peace process, but if that doesn't happen, the president is not going to continue to fund that situation."

"We will not be blackmailed," she said. "President Trump has sabotaged our search for peace, freedom and justice. Now he dares to blame the Palestinians for the consequences of his own irresponsible actions."

The Palestinians announced on several occasions that they have abandoned the US-led peace negotiations after Trump's declaration on Jerusalem and instead will act to obtain full Palestinian United Nations membership, seek further Security Council resolutions and prosecute Israel at the International Criminal Court. These moves are meant to "face all these [US] plans aimed at liquidating the Palestinian national project," Saeb Erekat, the chief Palestinian negotiator, said Tuesday.

Such moves breach the Palestinians' obligations under 1993 Oslo peace accords.