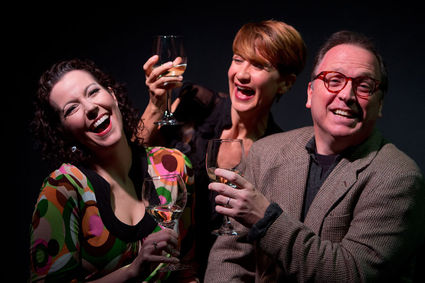 Laura Hodos, Cynthia Beckert and Matt Horohoe are in "The Tale of the Allergist's Wife" at the Mad Cow Theatre in downtown Orlando from Jan. 19 through Feb. 18. The comedy about an Upper West Side Jewish housewife in the midst of a midlife crisis is one of several Mad Cow productions this season with Jewish characters front and center.

Mad Cow also is producing plays this season by two prominent Jewish playwrights: Arthur Miller's "A View from the Bridge" and Lillian Hellman's "The Little Foxes." Tickets are available at http://www.madcowtheatre.com or by calling 407-297-8788.