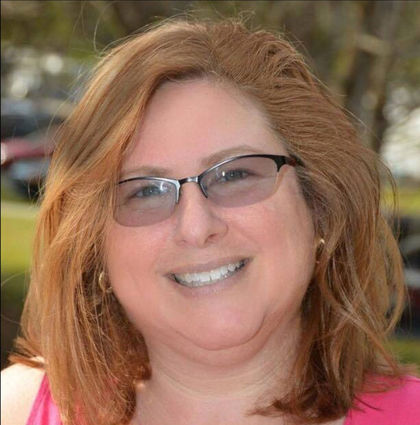 For the past 100 years, Congregation Ohev Shalom has been important in the lives of many Orlando Jews, celebrating their milestones, comforting them when they are sick or in mourning, uplifting their spirits and serving as their community. As the observance of Ohev Shalom's centennial begins, the Centennial committee asked a few longtime or lifelong members what COS has meant to them.

Melanie's paternal grandparents, J. Barney and Thelma Berman, joined COS in the late 1930s and brought up their children there. Both of her parents, Ronald and Marylin Berman, served on the COS Board, and were Men's Club and Sisterhood presidents. Melanie's baby naming was held at COS in 1968, followed over the years by her bat mitzvah and confirmation, and eventually her aufruf and wedding to Jack Gluck. Melanie and Jack have both served as COS trustees. Their three daughters were brought up at COS, and all three were madrichim in the Religious School following their bat mitzvah years.

"My parents were part of the groundbreaking ceremony for the Goddard location. When the Torahs were marched down the street to enter the synagogue, my mom was the first woman to carry a Torah into the synagogue," says Melanie. "I was raised in the synagogue and spent most weekends there, sometimes starting on Friday morning in the kitchen with my mom, then Friday night, Saturday morning, Sunday School-sometimes even Bingo on Sunday night! I always felt it was my 'house.' I remember how I felt when I gave my bat mitzvah speech. I was full of pride. One line in particular was 'Maybe one day we will have a woman president of Ohev Shalom!'

"My mom was the volunteer caterer for many years. I remember the tuna fish molds she made, the egg salad Jewish Stars sprinkled with paprika. Ahhh, the Yom Kippur break fast! Now that was an incredible evening. We'd have these little cans of juices and two different types of herring. Eggs, bagels-all set up in the courtyard. The social hall was used for overflow seating. My dad cooked the Men's Club breakfasts, and he was known as Chef Bermanelli-he made a special omelet sauce for the eggs. He also headed up the installation of the playground.

"Rabbi Adler officiated at my baby naming and all of my other milestones, including my wedding. And then he was there for all my daughters' namings. To have that continuity and connection was incredibly meaningful to me."

Irwin and his wife, Rita, joined COS after moving to Orlando from New York in 1978, when Rabbi Rudolph Adler was the rabbi. They celebrated the bar mitzvah of their youngest son, Steven, at Ohev in 1980. Irwin has served on many committees and chaired several, and also served as the congregation's treasurer; he was honored as Chatan Torah on Simchat Torah in 2013. The couple's eldest son, Kenneth, currently serves on the COS Board of Trustees.

"Rita and I celebrated our 50th anniversary at COS in 2012. The congregation has been very kind to me over the years," Irwin says. "Rabbi Adler inspired me to learn more about Judaism than is found in the Tanakh. In 1991, I enrolled in his Talmud class, which started me on a 13-year journey to explore the complexity, beauty, and nuances of the Talmud. I continue to this day to learn more about our religion by attending classes conducted by Rabbi Rubinger and Rabbi Kay. In 1993, I chaired the 75th Anniversary Committee, which began a 25-year quest to learn more about COS's history. I rummaged through old COS files, meeting minutes, documents, court records, Orlando Jewish histories, newspaper articles, genealogy records, and interviews-which have been compiled, chronologically, and reside in two file cabinets at Ohev."

Denise became a COS member at age 13, when she moved to Orlando in 1970 with her parents, Sidney and Adele Prince, and two brothers. Her grandfather, Marcus Prince, moved to Orlando some years later and also joined. Among the milestones she has celebrated at COS were her wedding, bat mitzvah observances for her two daughters, baby namings for her two granddaughters, and her parents' 50th anniversary. For nine years, she served the congregation's youth groups, first as Kadima adviser, then USY adviser, and then youth director.

"The most happy time I spent at Ohev was my time with the youth programs, first as a teenager with USY and then as an adviser," says Denise. "When I moved here, I was in the first graduating class at Lake Brantley, and we had a handful of Jewish students. And I came from New Jersey, so it was very different for me. My parents were great-they drove me to [the former COS location at] Church Street for USY. Going to convention and LTI [Leadership Training Institute, a regional USY program]-those bus trips were the best! We also did a lot of community service, had sleepovers at the J, and so much more. Dances, bowling and car washes are strong memories. It was really special. Many of the kids I knew from USY, I still consider some of my closest friends to this day. 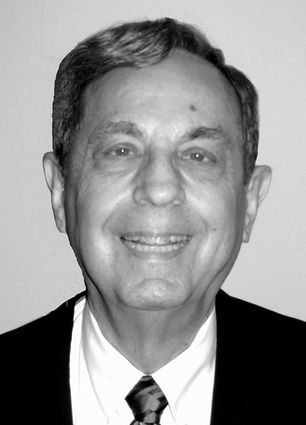 "Then I was involved in Ohev's youth programs for nine years as an adviser and then youth director. My oldest daughter was with me in the groups for about seven of those years. What I loved most about doing that was connecting with the kids. The kids would just come and sit with me and they would talk to me, and I just loved being part of their life. I really felt like I connected with a lot of them, and it was unbelievably special seeing them make the same kind of friendships that had been such an important part of my teens."

Join in the fun for Ohev Shalom's Centennial Gala Weekend

The members of the Centennial Committee invite former members and others who have a warm connection to COS to join in the celebration of this milestone! The festivities begin on Feb. 9th with a Traditional Shabbat Dinner followed by a special Friday Night Service and Oneg Shabbat. The Shabbat Morning Service on Feb. 10th will continue the special tributes and recollections, followed by a delicious Kiddush Lunch. Then Saturday evening, the celebrations will extend in style with a Centennial Gala! Come to any or all of these meaningful events-more information is found on COS's website at OhevShalom.org, or call 407-298-4650.