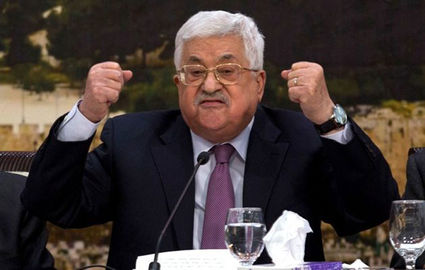 The Palestinians have announced an escalation of their diplomatic actions against Israel through the annulment of the Oslo peace accords and withdrawal of their recognition of Israel.

The Palestinian Central Council on Monday declared that the transitional period stipulated in the peace agreements signed in 1993  in Oslo, Cairo and Washington, and its obligations "no longer stand."

The PCC held a two-day conference this week to discuss the ramifications of the US recognition of Jerusalem as Israel's capital and new Palestinian strategy.

In its final statement, the PCC, a decision-making body, called on the international community to shoulder its responsibilities on the basis of the relevant United Nations resolutions in order "to end the Israeli occupation and enable the State of Palestine to achieve its independence and to exercise its full sovereignty over its territory, including in East Jerusalem as its capital and on the borders of June 4, 1967."

The Executive Committee of the Palestine Liberation Organization was assigned to revoke recognition of Israel until it "recognizes the State of Palestine on the 1967 borders" and reverses the decision to "annex East Jerusalem and expand settlements."

The PCC also renewed its decision to stop security coordination with the IDF in all its forms. The PCC made a similar announcement three years ago, but that resolution was never acted upon.

Suspending security coordination with the IDF could endanger the Palestinian regime, which relies on the IDF to maintain security and fend off attempts by rival Palestinian factions to overthrow it.

The PCC also demanded that the Palestinian Authority end its economic dependence on Israel as stipulated in the Paris Economic Agreement in order to "achieve the independence of the national economy."

Under the PEA, a mechanism was set up through which Israel collects taxes-value-added tax and customs fees-on behalf of the PA to the tune of an about $100 million per month. Israel then transfers the money to the PA.

The PCC further affirmed its "rejection and condemnation of the Israeli apartheid, which Israel is trying to enforce as an alternative to the establishment of an independent Palestinian state."

In conclusion, the PCC essentially called for terrorism against Israel when it affirmed "the determination of the Palestinian people to resist by all means possible to bring the Israeli occupation and apartheid regime down" and rejected any suggestions for interim solutions including a state with temporary borders as well as the recognition of Israel as a Jewish state.

These resolutions were voted on, with a vast majority of 72 PCC members supporting the motions, two voting against and 12 abstaining.

While these statements are inflammatory and combative, it is unclear how they will translate into action and affect the day-to-day life of the average Palestinian.

On the first day of the conference, Palestinian leader Mahmoud Abbas delivered a hate-filled speech in which he denied Israel's right to exist and wished President Donald Trump that his "house should be destroyed."

Abbas on Sunday rejected Israel as a Western "colonial project that has nothing to do with Judaism."