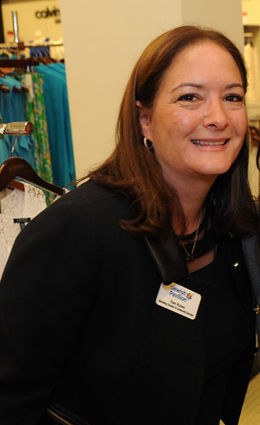 I read this not too long ago in the World Jewish Congress (WJC) digest and pass it along to you:

"As reported recently by the Jewish Telegraphic Agency, two kippah-wearing brothers were allegedly forced to drive off a main road near Paris, France, by another vehicle carrying several men yelling "Dirty Jews, you're going to die."

Once stopped, the brothers were surrounded by the men and others who emerged from a nearby hookah café. Both were beaten ruthlessly, while their attackers threatened to kill them if they moved. The incident ended with one brother having his finger sawed off by an assailant.

The brothers, whose father is a Jewish leader in Bondy, were later hospitalized in what was described as a state of shock.

They described their attackers as men having a Middle Eastern appearance."

(If my mother was alive, she would respond "Thank goodness they survived! I respond "Oy Gevalt!)

And once again, I pass along something I read recently:

"Hamza bin Laden, a son of the al-Qaeda founder Osama bin Laden, has urged Muslims and followers of the terrorist network to carry out attacks on Jewish targets around the world.

In a 10-minute video, the 29-year-old bin Laden urges 'Muslims in America, the West and occupied Palestine' to carry out the attacks where they are. The video includes clips of terrorist attacks that have been perpetrated around the world, including in Israel.

Bin Laden states it is not necessary for Muslims to travel to Syria and join the Islamic State there. 'Know that inflicting punishment on Jews and crusaders where you are present is more vexing and severe fort the enemy,' he says in the video, adding that U.S. and NATO targets were also appropriate in case there are no Jewish targets.

This was sent by the Jewish Pavilion staff. I pass it along:

"The Jewish Pavilion expresses their thanks to PAM RUBEN who served as their Marketing Director for the past three years. Pam arrived at her position with a wealth of experience having served on the Friend Board for several years as the Publicity Chair. Special thanks to Pam Ruben for authoring "A Guide For Caregiving of the Jewish Elderly," a training manual for Activities Directors as well as an introduction to Jewish culture.

During her tenure, Pam participated in a grant writing course at the Edyth Bush Institute of Philanthropy and was the only student ever to receive a grant after simply writing a warm letter of inquiry ($10,000). Pam continued her grant writing successes throughout the years. 'Pam is best known for her compassion and sense of humor which shines through all of her stories' said NANCY LUDIN, CEO of the Jewish Pavilion. 'She was able to write about people and capture their true essence. Ludin adds, 'Pam could always find a good story. We would all attend an event together, but Pam was able to observe a minor event and ascertain its story-telling significance. Pam had an excellent relationship with our staff, volunteers, seniors, sponsors and friends of the media. We will truly miss her. She has promised to maintain her affinity with the Jewish Pavilion and we welcome her future involvement.'"

Okay... I reminded you three times! (The performance will be worth it, believe me!)

On Sunday, Feb. 4th, starting at 2 p.m. (sharp), the Congregation Ohev Shalom Seniors will meet at the synagogue, 613 Concourse Parkway South, Maitland, for a fantastic tribute to Elvis and other famous musical artists. DAVID JERICKO, a terrific singer and musician will entertain all who attend and his show will be followed by my cookies! (Oops, I meant to say refreshments of all kinds. DON'T NOBODY TOUCH MY COOKIES!)

An evening of relaxation, depth, beauty & spirituality for the Jewish woman, will take place at the Alfond Inn, 300 East New England Avenue, Winter Park, on Sunday, Feb. 4th, beginning at 3:30 p.m. The event is a project of Chabad-Lubavitch of Greater Orlando, and is called Spa for the Mind, Body & Soul.

Guest speaker at the luxurious event will be MOLLY RESNICK, a former NBC TV Producer, high profiles, secular Israeli and charismatic speaker. She will give an entertaining account of how she found her way back to her ancestral roots. Her captivating story "Showbiz to Shabbat" is a thought-provoking tale that has inspired audiences worldwide.

(I don't know what it is but it sounds like fun!) 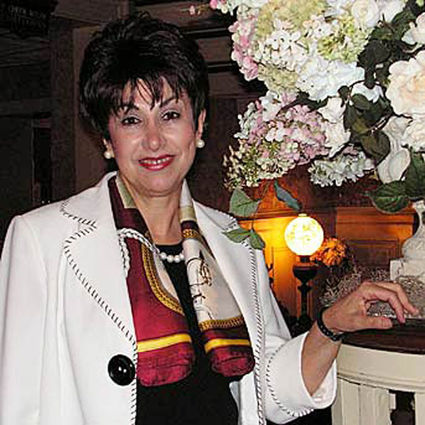 Max has been a confirmed atheist ever since he left University. But now that he is approaching his 60th birthday, spiritual issues start to become part of his life and he decides to 'become' a Jew again. The next shabbes, Max goes to shul for the first time in nearly 40 years.

He enjoys the occasion and even listens attentively to the rabbi's sermon, especially the bit at the end when the rabbi announces that his sermon next week would be about the great flood.

At the end of the service, Max goes over to the rabbi and says, "Rabbi, I really enjoyed the service. Unfortunately I won't be able to attend next week. But please don't think I will be shirking my duties-I can be as charitable as the next man. So please put me down for $20 for the flood victims."