Brandeis receives $8.4 million from a man who visited once 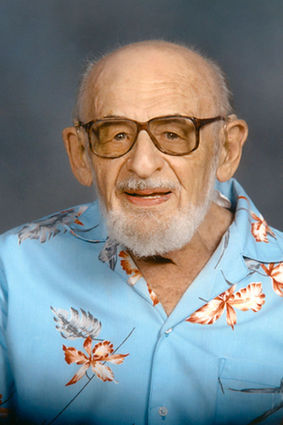 (JTA)-Brandeis University has received an $8.4 million bequest gift for social justice initiatives from a man who visited the Boston-area campus one time.

The university announced the gift from Seymour Bluestone on Tuesday. Bluestone, a former rehabilitation doctor who lived in Clearwater, Florida, felt a strong connection to the university's social justice values, died in September at 96.

Bluestone began making small gifts to Brandeis in the 1990s at the request of family friends. He visited the campus in 2000, where he learned about a number of the school's programs. Over lunch, he and Laurence Simon, the founding director of the Sustainable International Development program at the university's Heller School for Social Policy and Management, began a discussion about poverty and other global issues that remained with him.

In 2001, Bluestone created the Jesse F. and Dora H. Bluestone Scholarship in memory of his parents to support students in the Sustainable International Development program, along with the Myra Kraft Transitional Year Program. Bluestone's bequest will provide financial aid for up to five students in the Sustainable International Development program in future years, and support research and program development in the Center for Global Development and Sustainability, also at the Heller School. The gift also will help students enrolled in the Kraft program.

In its 50th year, the transitional year program prepares students from poorly funded high schools for a competitive liberal arts curriculum through a combination of small classes, rigorous academics and strong academic support.

Bluestone, a Brooklyn native, graduated from Cornell and the New York University School of Medicine. He served as a medical officer in the U.S. Army in Korea from 1945 to 1947, reaching the rank of captain. Later he held a number of medical positions, including serving for 10 years as director of the New York State Rehabilitation Hospital, where he expanded medical and research services, and promoted staff education.