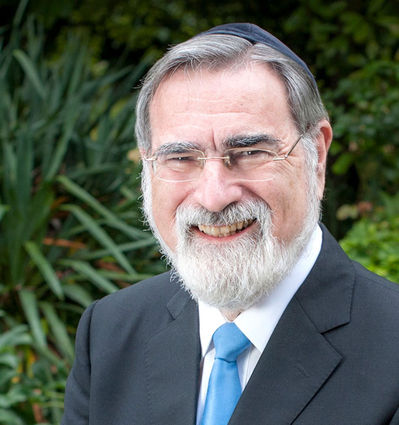 Sacks and Pence met in New York for 90 minutes prior to Pence's departure for a two-day visit to Israel, part of trip that also included Egypt and Jordan, the Times of Israel reported.

Pence sought Sacks' guidance on the sections of the speech, which dealt with the historical connection between the Jews and Israel. He was not paid for the consultation.

The meeting "centered around how best to frame elements of the speech-in particular the biblical and historical connection between the Jewish people and the land of Israel, and the American and Jewish stories," Sacks' spokesman Dan Sacker said in a statement.

"Rabbi Sacks provided input and editorial suggestions on various drafts throughout the writing process," an unnamed source with knowledge of the speech-writing process told the Times of Israel.

Pence has been accused of shaping his political views on Israel through the lens of his Evangelical Christian outlook.

His Knesset speech earlier this week included passages from the Bible and alluded to biblical history. It also highlighted the Jewish people's connection to Israel.

Sacks served as Britain's chief rabbi for 22 years until 2013 and now holds the title emeritus chief rabbi. He was named a life peer, giving him the title of Lord, in 2009.