A nature park in Kedumim built by Jews and Christians 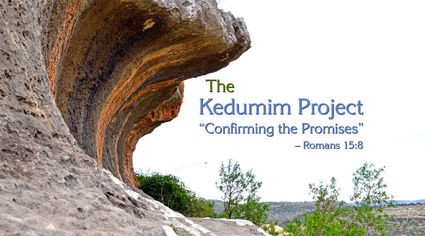 Just after Passover last year, Fellowship Church in Winter Springs began fundraising for its annual work trip to Israel. Since 2006, members of the congregation have spent a week or more each year working on a nature park in Samaria while staying in the homes of Israeli families. Working and living together for a week at a time each year has served to bring down some of the traditional barriers between Christians and Jews and, because of those barriers, has not been without its challenges. As those challenges have been met, the members of Fellowship grow increasingly excited about the small but meaningful opportunity to encourage the People of Israel to fulfill its destiny as stewards of the Land of Israel. They are also excited about the potential in local churches to similarly encourage Israel; to move past being mere "supporters of Israel" politically or financially, but to stand shoulder-to-shoulder alongside Israel.

With that in mind, Fellowship has produced a documentary of the project, titled "The K'dumim Project: Confirming the Promises," that seeks to share the Christian duty to support the People and Land of Israel.

Tznirim (tz-near-eem) Park, located in the town of Kedumim in Samaria, takes its name from the peculiar and rare "half-pipe" geological formation at the base of the park. When the first group started work in 2006, the location stood on the outskirts of the community, adjacent to olive groves in the valley between Kedumim and the Arab village of Qusin, a suburb of Shechem. Word about the park has gotten out and people from all over Samaria and beyond come to relax there. Once-empty streets that led to the park from the rest of Kedumim are now lined with new houses.

The barriers that stand between Christians and Jews working together have been in place for a long time and they can be slow to come down. One major barrier on the Christian side is the thought that Christianity has replaced Israel as God's covenant people. It is not a new doctrine, originating in the first few centuries of the modern era. Some of the early Christian leaders looked around at the condition of the Jewish people in dispersion and concluded that the God of Israel had abandoned the People of Israel. Christians operating under "replacement theology" will understandably find themselves at odds with Jews who view God's covenant with Israel as everlasting, as Scriptures repeatedly state.

Fortunately, the barrier of replacement theology continues to crumble under the light of Israel's modern-day regathering to the Land. At Fellowship Church, the congregants enjoyed the advantage of having dealt with these errors before they stepped foot in Kedumim. Their intentions, however, still had to be proven. There were people in Kedumim who understandably-given the above history-strongly expressed doubts about the wisdom of inviting Christians into the homes of community members. What were their intentions? Did they have hidden motives? The whole concept of Jews and Christians living and working together with the common goal of building up The Land of Israel was novel enough that questioning Fellowship Church's motives was natural.

"Why are you here?" Was a common enough question in the early years of the project. Genuine curiosity mingled with genuine concern.

Fellowship's answer, spoken by one church member after another followed the simple line, "To encourage you to believe that God is with you as you redeem The Land."

More importantly, their actions proved their words. Day after day each year, the Fellowship members got their hands dirty in the soil of Samaria: moving rocks, pulling weeds, planting grass and trees, and mixing and pouring concrete to construct a water system for upper and lower pools and the wonderful waterfall in between.

"By day we worked with our Jewish friends, in the evening Jews and Christians sat side-by-side around tables at the dining hall, eating and singing heartily, with the joy that comes from the sweat of a hard day's work together," said Fellowship Church Pastor Roger Diaz.

Eventually, over a decade, the walls of suspicion have crumbled. Make no mistake, each year the project presents unique challenges to members of both communities, but they are challenges that are tackled together, including finances, logistics and what seems to be inevitable and usually anonymous opposition to Christians and Jews working shoulder-to-shoulder with a common goal.

Today in the United States, there is a strong support for Israel. A majority of Americans are more-or-less pro-Israel and the Israel-focused Christians United for Israel boasts over three million members. CUFI members provide financial and political support for Israel within the United States and in Israel. Such support for Israel is laudable. While such groups will always provide greater financial support than local churches, congregations possess a qualitative ability in building on-the-ground relationships in Israel and Fellowship Church believes that such relationships, though small and typically invisible, present an important opportunity for congregations to fulfill their own call to encourage Israel to believe God's promises to the Patriarchs.

In the documentary, Diaz stands with Kedumim Mayor Hananel Dorani at the park. Acknowledging the past and looking to the future of the Church and Israel working together, Pastor Diaz says, "This is where we were supposed to be from the beginning: to complement each other, to work alongside each other; not to oppose each other. We have 2,000 years of that. Enough of that! Let's work together, let's be one."

As a congregation, Fellowship Church wants to share their story of the Kedumim Nature Park Project and to challenge other local churches to step into the adventure of standing with the People of Israel at this time. Please contact Fellowship Church at project@fcws.us to request a copy of the documentary.

Fellowship's next work trip to Israel is scheduled for Feb. 24- March 10.