Is your teen seeking answers to the "big" questions? 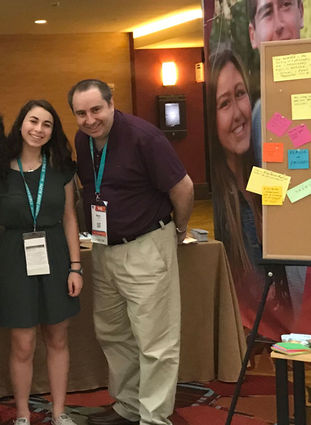 Calling any Jewish teen interested in developing a deeper understanding of Jewish politics, economy, and philosophy to attend the Tikvah Institute's Maimonides Scholar program. This summer, from June 24 through July 8 at Yale University, Rabbi Mark Gottlieb is introducing a new cultural and historical enrichment program for Jewish teens to encourage people to come and ask the "big questions" about fundamental Jewish texts and values. The Tikvah Institute for High School Scholars has announced a new summer program in partnership with the Maimonides Fund.

Throughout the program, students will be immersed in an academic, open-minded environment that is meant to facilitate debate and provoke new profound thoughts and ideas about different facets of Judaism and its ideals. According to Rabbi Gottlieb, "We don't want those who don't come with an agenda. We want the participants to learn as they help each other to ask the hard, big questions. In this program, we are more interested in a quest for knowledge and understanding, not the solutions. We want to implore everyone to feel comfy and connect in a different way that they are used to... Welcoming those who have never done anything extremely 'Jewish,' to those that are really involved in their synagogues. We want to facilitate the building of bridges in the Jewish communities."

With messages of curiosity and camaraderie in the search for a deeper knowledge and understanding of what makes us Jewish and what that means, Gottlieb urges those young Jewish teens around the country, no matter religious affiliation or other schools of thoughts, to come ready to dive deep into thought and education.

While diving deep into the learning aspect of this short, yet highly informational, summer program, students will also adventure around and outside of this college town to give program attendees a fun and educational experience that they will never forget. One venture that Rabbi Gottlieb specifically emphasized is a field trip to the Touro Synagogue where George Washington delivered his address on religious toleration, and is the oldest synagogue in continuous use in North America. Here, teens will participate in dramatic readings of the speeches delivered by the Newport, Rhode Island Jews to George Washington and the speech back from Washington to the Jews. Additional outings, such as a Fourth of July barbecue, will allow the students to socialize and create memories with other highly inquisitive Jewish teens like themselves, a rare opportunity for any deep-thinking Jewish teen.

Rabbi Gottlieb, ecstatic to be introducing this new opportunity, was sure to mention that participants come from all walks of Jewish life: non-religious Jews, Liberal Jews, Conservative Jews, Orthodox Jews that live without a large Jewish community, or even Jewish kids coming from Catholic schools. In addition, he emphasized that if parents or potential attendees have any questions, they should not hesitate to reach out because, just as there are a multitude of ways to practice Judaism that unite to form a belief system and culture for everybody, this Jewish enrichment opportunity remains a healthy and open-minded environment to experience and learn about Jewish philosophy, culture, and values.

For more information or to apply please visit http://www.MaimonidesScholars.org

Brooke Wilczewski is a high school senior from the Mid America Omaha region of BBG. She was part of the press corp at the BBYO International Convention in Orlando.