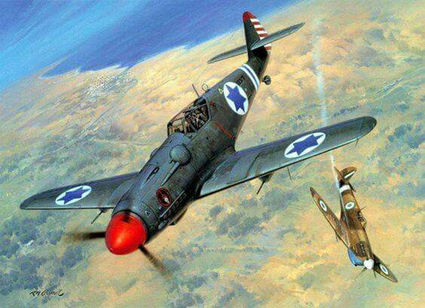 Although "The Moldau" (Czech Vltava), is immediately recognized by most lovers of classical music as the work of composer Bedrich Smetana evoking the flow of the Vltava River from the forests of Bohemia through the Czech countryside to the city of Prague, it holds out a special appeal for many Jews and especially Israelis who hear in its opening bars a melody quite similar to the Israeli national anthem and Zionist hymn "HaTikvah" (The Hope). This seems to symbolize the long tradition of solidarity, sympathy and tragic history that led to the struggles for the independence of the Czech Republic (Czechoslovakia from 1918 to 1993) and Israel.

In 1938, Lawrence Morrell, a British journalist, was sent by his newspaper to report on the "Czech Crisis" threatening war between Nazi Germany and the Anglo-French Alliance, which along with the USSR, Yugoslavia, and Romania had pledged themselves to come to the aid of the beleaguered country in case of German aggression. His book "I Saw the Crucifixion" (London, Peter Davies, 1939) was a cry of despair over how Britain, the other Great Power, and the moral blindness of the so-called "international community" had betrayed Czechoslovakia and made possible the transfer of valuable resources and strategic strengths, paving the way to further German aggression and the inevitability of World War II.

Morrell had earlier, unsuccessfully tried to warn world opinion of the German threat to absorb Austria and later went on to play an important role in the formation of what became the British Secret Service. His firsthand account of the Sudeten crisis in his book is a masterful portrayal of the immense pressure put on a proud nation to surrender its strategic defenses in the name of "peace."

The book casts an eerie spell over all those concerned about current events and the mounting pressure on Israel from all sides to accommodate the Palestinians who are a Trojan Horse today parallel to the Sudeten Germans in 1938. Czechoslovakia then, like Israel today, had the will and means to defend itself against its mortal enemy but was deprived of the right to do so by its "friends" who exercised enormous pressure and mobilized to deprive this democratic state of its right to defend itself and its borders.

"It was not the rights and wrongs of the Sudeten Germans which constituted Hitler's problem. It was precisely the integrity of Czechoslovakia, the barrier that the Czechs presented to his drive toward becoming the strongest power in Europe. The Sudeten Germans were pawns he used for his public policy. For his not so public policy, for the benefit of the Communist-haunted handful of people in England, he used the scare of the Czech-Soviet pact and raised the ghost of Communism in Germany.

"Perhaps I did not and still do not see things as Mr. Chamberlain sees them, but to my mind the issue seemed very simple that day: England's vital interest lay in Czechoslovakia. After all, when you play chess, you do not wait until your opponent is two moves off checkmating you before moving to defend your king." (pp. 172-173.)

Morrell observed how Walter Runciman, 1st Viscount Runciman of Doxford, a prominent National Liberal politician in the United Kingdom between the 1900s and 1930s with a distinguished background of humanitarian aid he helped organize during World War I, was deceived by Chamberlain to lend his hand as an "impartial mediator."

Although British Prime Minister Neville Chamberlain knew full well of the Nazis' unalterable demands, he nevertheless played with the idea to satisfy anti-Nazi sentiments at home, that various compromise positions based on the Swiss cantonal arrangement of local autonomy might be reached in which the Sudeten region would still formally remain part of Czechoslovakia with only the local police and army units still under the control of Prague.

When the Czechs had reluctantly agreed to accept even this which granted the local Sudeten regions the right to introduce the same policies as Nazi Germany, including anti-Semitic measures (Czechoslovakia had granted full equality to its Jewish population, the only state in Central or Eastern Europe who actually lived up to this promise during the Versailles Treaty deliberations), the SdP leader Konrad Henlein balked and withdrew from what were in fact his original demands. He and Hitler had agreed not to stop short of anything less than a complete annexation by Germany of the entire Sudeten region. Can the Israelis expect any better type of negotiation and "compromise"?

The SdP, while ostensibly calling for local autonomy had received instructions from Nazi Germany not to reach any agreement and thus all attempts at mediation failed in much the same way that Arafat's PLO, Hamas and a dozen other Palestinian "resistance groups" backed by the political strength at the U.N. of two dozen Muslim majority countries, never were ready to honestly negotiate a compromise.

The parallels and sense of deja vu between Morrell's book and today's continued mounting pressure on Israel to throw away all its advantages and risk all it has achieved is startling. Many historians are reluctant to make historical comparisons but in this case, the parallels are inescapable. They extend to the very similar sense of a far-flung diaspora and its aspirations for the continued welfare of the original homeland and close cultural ties. Not only the Czechs and Slovaks abroad but all of the Southern Slavs that comprised Yugoslavia identified with the most successful, vibrant, culturally creative and democratic state of Czechoslovakia much as Jews feel today with the celebration of such events in Israel as the Maccabiya Games.

Is it any wonder that this sense of solidarity and common fate linked Czechoslovakia and Israel during and after Israel's War of Independence in 1948? The leaders of the Yishuv (Jewish community in Palestine), already in the summer of 1947, intended to purchase arms and sent Dr. Moshe Sneh (the Chief of the European Branch of the Jewish Agency, a leading member of the centrist General Zionist Party who later moved far leftward and became head of the Israeli Communist Party) to Prague in order to improve Jewish defenses.

In January 1948 Jewish representatives were sent by Ben-Gurion to meet with General Ludvik Svoboda, the Minister of National Defense, and sign the first contract for Czechoslovak military aid. At first, a "Skymaster" plane chartered from the U.S. to help in ferrying weapons to Palestine from Europe was forced by the FBI to return to the USA.

Czechoslovak assistance to Israel's military strength comprised a) small arms, b) 84 airplanes-the outdated Czechoslovak built Avia S.199s, Spitfires (see illustration) and Messerschmidts that played a major role in the demoralization of enemy troops; c) military training and technical maintenance; On Jan. 7, 1949, the Israeli air-force, consisting of several Spitfires and Czechoslovak built Messerschmidt Bf-109 fighters (transferred secretly from Czechoslovak bases to Israel), shot down five British-piloted Spitfires flying for the Egyptian air-force over the Sinai desert (see illustration) causing a major diplomatic embarrassment for the British government. Since May 2005 the Prague Military Museum has displayed a special exhibition on the Czechoslovak aid to Israel in 1948.

Israel learned from the history of interwar Czechoslovakia not to rely on anyone, least of all, the "international community" or formal alliances with the Great Powers. The long memory of the Czech people and their sense of solidarity with the modern state of Israel coupled with the gratitude of many Israelis to the only state that afforded real aid on the ground during the 1948 Israeli War of Independence is a lasting heritage. It explains the recent vote of the Czech Parliament to recognize Jerusalem as the capital of Israel and its recommendation to the government to take steps to do so as well as the Czech vote along with other East European states such as Poland, Hungary, Romania, Latvia and even Bosnia-Hercegovina to abstain in the recent vote of the U.N. General Assembly criticizing the United States for its stated plan to recognize Jerusalem as Israel's capital.

Of course, historians are fond of drawing historical parallels and others are just as fond as writing "revisionist" treatises challenging established views and proclaiming that one cannot judge history with hindsight. The Sudeten crisis and the Munich Agreement are fertile ground for revisionist claims that Chamberlain did the only "right" thing because British public opinion would not have tolerated potential involvement in another European or world-wide conflict. The same calls are incessantly hurled at Israel for further compromise to make room for a Palestinian state.

What these historians neglect to do is to take into account the other even more probable alternative, on the other side and weigh the likely conclusions that: War in September 1938 would have seen a powerful Czech army of two million men in the highest state of readiness and morale, strongly entrenched enjoying topographic advantages dealing the German invaders massive casualties. Such casualties would have undoubtedly rocked German morale and grievously damaged the Nazis' image of invincibility.

Hitler himself said in August 1939, "When after Munich we were in a position to examine Czechoslovak military strength from within, what we saw greatly disturbed us; we had run a serious danger." The plan prepared by the Czech generals was formidable. At the Nuremburg trial Gen. Wilhelm Keitel, the German chief of staff, said the High command had been greatly relieved by the Munich Agreement because "We did not believe ourselves strong enough at that moment to take Czechoslovakia."

Morrell's book is a collector's item today. I was thrilled to remember that I had acquired it at a used bookstore in London for less than two pounds about 20 years ago. It now sells on Amazon for over $200. It brought history alive from an eyewitness who had amazing prescient powers of observation and did not hesitate to call a spade a spade. What can be said today is that Israelis learned this lesson and are overwhelmingly united by their resolve to avoid the mistakes of Czechoslovakia 80 years ago.