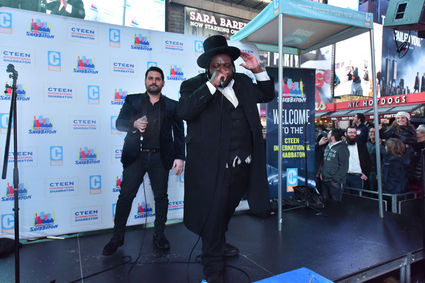 "I had a really good time and it was very impactful," shared Lexi Landa, a teen of CTeen North Orlando who was referring to the 10th annual International Shabbaton, organized by the Chabad Teen Network. CTeen, the fastest growing and most diverse Jewish youth organization in the world, hosted a four-day event in New York, which drew in a record breaking 2,500 people.

The theme of the historic Shabbaton was "Transcend the Tide." The aim of the theme was to empower teens to overcome the challenges of Jewish Identity in public. It is a message that resonated with hundreds of public school students who have made Judaism a priority through their involvement in CTeen. The message especially rang true in light of last month's shooting at Marjory Stoneman Douglas High School in Parkland, Florida.

"Now is the time to fight hate with powerful, positive deeds. We are bombarded with messages of negativity everyday, but if I learned anything this weekend, it's that it is up to us to make the world a better place."

"When the screen lit up with their faces, I felt so emotional," shared Ethan Pollack of Longwood. "CTeen's tribute and honor in their memory was the most impactful part of the weekend." The tribute, which was featured at the Closing Ceremony in Pier 12, urged the 2,500 participants to take on mitzvot, acts of goodness and kindness, in honor of the lost lives.

"It's equally humbling and thrilling to know that we gave the teens the unbelievable experience of the Shabbaton," shared Rabbi Yanky Majesky. "What the teens experienced this weekend will be memories they will take with them for a lifetime." 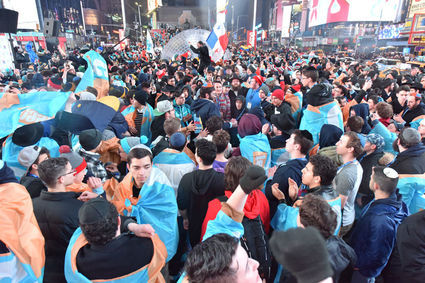 Metro Orlando was well represented at this international Shabbaton with over 30 local teens. Especially exciting for the Orlando group was the fact that Sami Kuperberg from Lake Mary High School was a featured speaker, addressing the entire Shabbaton. Kuperberg spoke about the anti-Semitism she faced in her high school and how she overcame it by strengthening her connection to Judaism, creating a Jewish club at school and arranging a huge school event that was well-attended and well-covered by the media to create awareness on the ills of hatred and to encourage tolerance and acceptance.

Leading the Orlando groups were Rabbi Yanky Majesky of Longwood, Rabbi Ed and Bracha Leibowitz of Maitland, and Rabbi Nisan and Shaina Zibel of South Orlando.

CTeen is open to Jewish teens regardless of affiliation. For more information, please contact your local Chabad. ‬