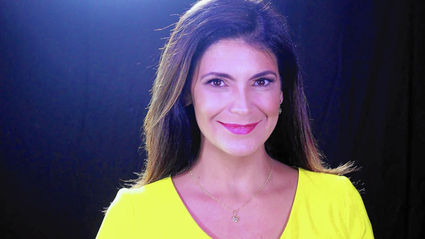 The Jewish Community Relations Council and Temple Israel are joining forces to welcome Fuente Latina at a special Shabbat and presentation. The event, which is open to the public, will be at Temple Israel on Saturday, May 5.

"The work Fuente does is invaluable to Israel as well as Jews in the diaspora," said Ben Friedman, director of community relations at the Jewish Federation of Greater Orlando. "Connecting with a Spanish-speaking audience directly, rather than through translation, lends credibility to a speaker in a way that many in the Jewish community are unable to achieve."

Fuente Latina's roots trace back to 2011, when the government of Iran founded a Spanish-language news network that aimed to promote Iran's message and undermine Israel's credibility in Hispanic and Latino communities. Seeing the need to combat this deliberate effort to take anti-Semitism mainstream, Fuente Latina was founded to connect Spanish news coverage with journalists and speakers familiar with Middle Eastern issues and unbiased in their coverage of Israel.

This is not the first time Temple Israel has shown interest in building bridges with the Latino community.

"As an initiative to expand Spanish-language outreach in our Jewish Community, we started a monthly Latino Shabbat a few years ago at Temple Israel. This has provided us the ability to welcome and embrace Spanish speakers and provide them with the opportunity to experience Judaism, many for the first time," said Natan Brener, vice president of Temple Israel, who founded and currently leads Latino Shabbat. "I'm thrilled to join forces with the JCRC to welcome Fuente Latina to Temple Israel, to hear their experience in Spanish-language outreach, and to talk more about how we can be part of the ongoing effort to strengthen the relationship between our communities."

Garcés, who was born in Guatemala, holds a bachelor's degree in International Journalism from Florida International University and previously worked as an Executive Producer for Mira TV (formerly CNN Latino).

"Our deepest thanks to the Jewish Community Relations Council for helping to facilitate this conversation and to Temple Israel for welcoming us into their congregation," Garcés said. "I am looking forward to addressing the Jewish and Latino communities of Central Florida, especially in a forum which has already shown leadership in multi-cultural outreach."

Friedman said that many people might be unaware that the government of Guatemala joined with the United States in recognizing Jerusalem as the capital of Israel, "and Fuente Latina was instrumental in that process. Their diplomacy can be echoed locally as the Jewish community reaches out to make new connections and partnerships with the growing Latino population in Central Florida."

As for the goal of the community presentation, Garcés summed it up, saying "We hope to shed light on how the Jewish and Latino communities can and should collaborate to defeat anti-Semitism and anti-Israel bias, and we look forward to developing a lasting relationship with our new friends in the Orlando area."

The presentation will begin at 12:30 p.m., immediately following the 9:30 a.m. Shabbat morning service at Temple Israel. The presentation and Shabbat are open to the public. For more information, contact Ben Friedman, JCRC director, at bfriedman@jfgo.org or by calling 407-645-5933 ext. 233.