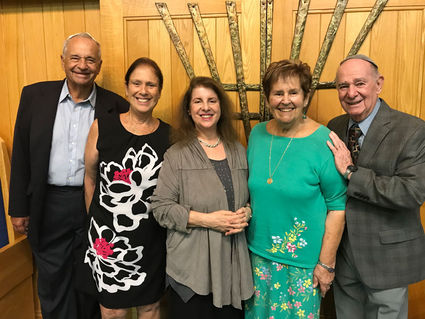 The Rosenblum were married on April 12, 1958, at Temple Beth El in Troy, New York. They later joined Berith Sholom, where Bob served on the board, including time as president, and Judy taught Sunday school.

Bob, a graduate of University of New Hampshire and Rensselaer Polytechnic Institute, was a mechanical engineer for the United States Army at the Watervliet Arsenal. Judy worked as manager at Deitcher's Decorating Store in Cohoes, New York.

The Rosenblums have three children, four grandchildren, and two great grandsons. Judy and Bob now split their time between their summer cottage in Lake Luzerne and their home in Kissimmee, Florida.