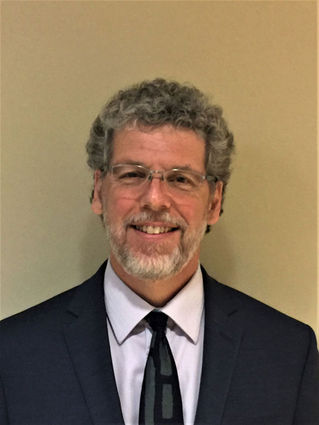 Members of Congregation Ohev Shalom resoundingly approved the Board of Trustees' recommendation to make Rabbi David Kay their religious leader, in a vote at the COS annual meeting.

Rabbi Kay, who came to COS as assistant rabbi in 2004, had been serving as interim rabbi since Rabbi Aaron D. Rubinger decided last fall to semi-retire as Rabbi Emeritus. The April vote confirmed the congregation's support for Rabbi Kay's continuing as rabbi of COS.

Rabbi Kay began his rabbinical training when he was 40, an unusual path to the rabbinate at a time when most of his classmates were recent college graduates. However, he saw his extensive real-world experiences as an advantage in shaping his responses as clergy. As a very engaged Jewish youth growing up in Chicago, he had been determined to be a rabbi, but his path after college took him first to a career as a musician and a position at an animal welfare organization. He reconnected to the organized Jewish community when he was introduced to a synagogue for the deaf in suburban Chicago. He soon was asked to perform at a coffee house for deaf and hearing young adults, where he met a member of the synagogue's signing choir named Joanne Goldman-and they were married five months later.

When the couple's son, Jonah, was a toddler, the family moved to New York for Rabbi Kay to begin rabbinical training at Jewish Theological Seminary. Two years later, they moved to Israel for a year so Rabbi Kay could study in Jerusalem, and then returned to New York to complete preparations for his ordination. Rabbi Kay's first pulpit was in a newly formed small congregation in Naples, Fla., where he spent a student year and continued as rabbi for two years.

When the opportunity arose to join a well-established congregation in Orlando as assistant rabbi, Rabbi Kay was intrigued. He recalls that the day he came as a candidate to meet the COS leadership and professional staff was a Wednesday-a busy day for the religious school and youth programs. He was very impressed with the vibrant and engaged congregation he was introduced to that day, and the people he met were impressed with him. It was clear from the beginning that this would be a good fit.

His nearly 14 years of service to Ohev Shalom have given him important insights that will serve him well in his new role, Rabbi Kay noted. "Jo and I already know what it's like to raise a child, navigate B'nei Mitzvah and teen years, and be empty nesters in this community," he said. "We experience so many of life's joys and losses, successes and failures, here-we're not only community leaders, we're community members, too."

Of his new position as spiritual leader of COS, Rabbi Kay said, "I'm honored and humbled to step into this role just as Ohev Shalom celebrates its 100th anniversary. Our second century begins in a rapidly changing world, with challenges that past generations never imagined and potential that past generations never dreamed of. Meeting the challenges and tapping into the potential are the keys to our continuing success in serving the Jewish community."