'My Mother's Son' holds readers in its grip to last page 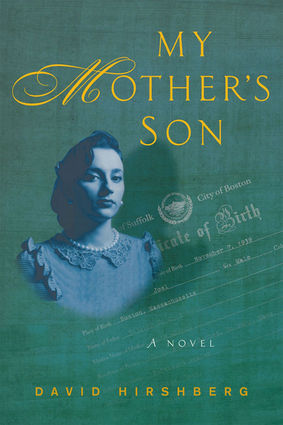 In the spirit of Philip Roth's The Plot Against America and Michael Chabon's The Amazing Adventures of Kavalier & Clay comes this meticulously-crafted novel, "My Mother's Son" by David Hirshberg (Fig Tree Books LLC). The story is told by a radio raconteur revisiting his past in post-World War II Boston, the playground and battleground for two brothers whose lives are transformed by discoveries they never could have imagined. From the opening line of the book, "When you're a kid, they don't always tell you the truth," the stage is set for this riveting coming-of-age story that plays out against the backdrop of the Korean War, the aftermath of the Holocaust, the polio epidemic, the relocation of a baseball team, and the shenanigans of politicians and businessmen. Hirshberg deftly weaves together events, characters, and clues and creates a rich tapestry of betrayal, persecution, death, loyalty, and unconditional love that resonates with today's America.

David is also an interesting person and unusual author. David Hirshberg is the pseudonym for an entrepreneur who prefers to keep his business activities separate from his writing endeavors. He adopted the first name of his father-in-law and the last name of his maternal grandfather as a tribute to their impact on his life.