By Mara Vigevani TPS and United with Israel

Jerusalem pro soccer team to rename itself after Trump 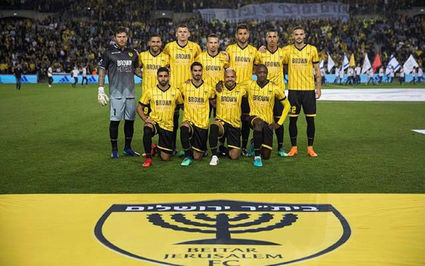 The Beitar Jerusalem soccer team has announced that it has begun the process to add President Donald Trump's name to its club title in honor of his actions on behalf of Israel and his recognition of Jerusalem as Israel's capital.

Beitar Jerusalem owner Eli Tabib said Sunday that he is renaming the team "Beitar Trump Jerusalem" to thank the American president for moving the US Embassy from Tel Aviv to the capital.

"For 70 years, Jerusalem awaited international recognition, until President Donald Trump, in a courageous move, recognized the city as the eternal capital of Israel," Tabib wrote on Beitar Jerusalem's Facebook page. The soccer club "is happy to honor the president for his love and support with a gesture of our own. We have the greatest love for the president."

Beitar will require approval from the Israel Football Association to make the change official, as well as permission from Trump himself.

Beitar is ranked second in the Israeli Premier League, after the champion Hapoel Beer Sheva.