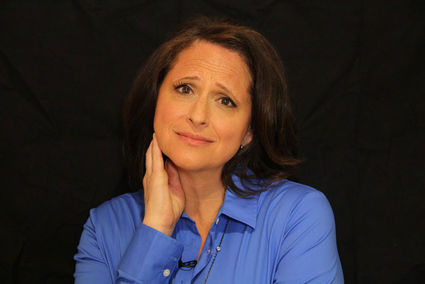 Last year's Men's Night Out was such a success that there will be a second such event in November. Organized by the Men's Clubs of Congregation Beth Am, Temple Israel, Congregation Ohev Shalom, Congregation of Reform Judaism, and South West Orlando Jewish Congregation (in conjunction with the Jewish Federation of Greater Orlando), the evening will once again have an open bar, stupendous prime rib dinner catered by Arthur's, and fantastic entertainment.

Michael Soll, vice president and immediate past president of the Federation Board of Directors, explained this event is different from other events because it's open to all men in the Jewish community.

"Last year's event was a success because it was multi-generational and not unique to a specific group, but drew together men from all corners of the Jewish community, which allowed for rekindling of lifelong relationships," he told Heritage.

Comedian Cory Kahaney will keep the audience in stitches as she shares her everyday experiences in life with a bit of an edge (i.e., when asked what her income is, she replies "I put it on the credit card.") She has also been described as the most politically balanced stand up comedian (i.e., her son asked her what the difference between a Democrat and a Republican was and she explained that a Democrat is like a nice aunt who promises to take you to Disney World, but never follows through. A Republican is like a grumpy uncle who tells you he can't afford to take you to Disney World, but then you find out he went without you).

Kahaney was a grand finalist and runner-up in the first season of NBC's reality TV show Last Comic Standing. Since then she has been on almost all the late shows, including Late Show with David Letterman, The Late Show with Stephen Colbert, and The Late Late Show with Craig Ferguson. She has even been on Next Food Network Star (don't worry, she isn't preparing the dinner for the evening).

Men's Night Out will be held Nov. 8 in the Congregation Ohev Shalom Ballroom, beginning with cocktails at 6 p.m .; dinner at 7 p.m. and the comedy show at 8:30 p.m. The cost for the evening is $100 and can be purchased at http://www.jfgo.org/MNO. Proceeds from the event will benefit the Jewish youth education programs.