These academics want to mend Israel-Diaspora relations-but can this marriage be saved? 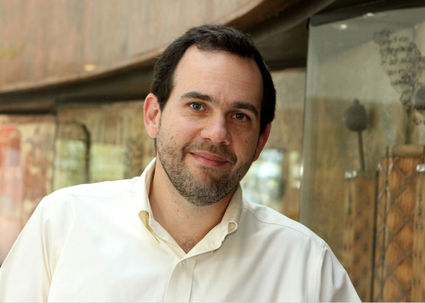 Adam Ferziger is a history and contemporary Jewry professor at Bar-Ilan University.

JERUSALEM (JTA)-When Adam Ferziger wants to describe the "deteriorating" relationship between American and Israeli Jews, he reaches back to a 2,000-year-old divide.

"To use a metaphor, we have a contemporary Jerusalem and Babylon kind of dynamic," said Ferziger, a history and contemporary Jewry professor at Bar-Ilan University in Tel Aviv, "with two truly significant creative and vibrant Jewish centers developing across the world from each other."

Ferziger and others point to polls in recent years showing that not only are American Jews increasingly distancing themselves from both organized Jewish life and the State of Israel, but Israeli Jews are growing less and less interested in the views and opinions of their Diaspora cousins.

It is this growing divide that Ferziger said he is trying to mend through the establishment of the Impact Center for Research on Judaism in Israel and North America.

What is needed, he said, is a "new paradigm" for looking at the Diaspora-Israel relationship, one that he thinks will be best found through exploring the distinctions and commonalities of the two divergent forms that Jewish life has taken.

Its establishment comes on the heels of the inauguration of a similar, though not identical master's program, at Haifa University. The Ruderman Program for American Jewish Studies aims to educate Israelis about their North American cousins. It is part of a larger push by the Boston-based Ruderman Family Foundation to reach out to lawmakers, thought leaders and other influencers here.

"When we talk about bridging the gaps, often the proposed solutions are to teach American Jews about Israel," said Dvir Assouline, the Ruderman Foundation's advocacy and communications director.

Among the foundation's programs are Knesset delegations that visit the United States for an immersion in American Jewish communal culture.

"Over the years, we've exposed MKs from multiple coalitions and opposition parties to the history, challenges and support of the U.S. Jewish community," Assouline said.

According to a recent study by the American Jewish Committee, the vast majority of Jews in the United States and Israel believe in the necessity of both a strong Jewish state and a vibrant Diaspora. However, the two communities begin to diverge when questions related to the peace process and religious pluralism come into the picture.

More significant, nearly 70 percent of Israeli Jews believe it is "not appropriate for American Jews to attempt to influence Israeli policy on such issues as national security and peace negotiations with the Palestinians."

Naftali Bennett, Israel's minister of Diaspora affairs, tends to blame the problem on the assimilation of Jews in the United States, saying his goal is "saving the Jews" there from disappearing. He also sees a vast political divide.

"What the poll reflects is that Israelis are going more rightward and favoring more traditional Judaism, as opposed to secularism, whereas American Jewry are more to the left and more liberal," Bennett, who heads the right-wing, mostly Orthodox Jewish Home party, told AJC leaders in Jerusalem this month. "I'm not going to whitewash that, but it shouldn't be the reason for us to fall apart So we don't agree on everything, but we are all Jews, for heaven's sake. We're all one family."

For his part, Assouline seems happy that Bar-Ilan University is pursuing a similar program on Israel and the Diaspora.

"There are many, many well-intentioned and super-capable people who are aware of the tensions and gaps and conflicts," he said, "but for the most part what I've seen are two types of reactions: complaining on both sides" or superficial appeals to Jewish unity that gloss over the gaps.

"The point of departure for this center is that Judaism in Israel and America are already very different and the distinctions between them are growing," he said. "Judaism as it's been evolving the last 70 years under a sovereign Jewish state is a very different entity and has unique characteristics to it that are truly foreign to the privatized, voluntaristic, wonderful, rich, intellectually powerful and spiritually broad and sophisticated community in North America.

"What has developed in America has certain things that are sui generis and very special and very beautiful, but it is not the same as what's happening in Israel."

The Bar-Ilan center will include a multidisciplinary think tank side of the operation. That's reminiscent of such organizations as the Jewish People Policy Institute in Jerusalem, which is affiliated with the Jewish Agency.

Ferziger said the new center also will create a generation of leaders through its master's program. The most novel aspect of this undertaking, however, may be what he calls a "framework for actually doing hard core negotiation."

The center, he elaborates, will also serve as a "backchannel" that will bring together leaders from government, religious organizations and other groups "in a completely private, non-publicized type of environment in order to do real-time negotiating, with a caveat that this is unofficial. We are building on existing models from diplomacy for how to move things forward on a real practical level through these types of backchannel environments."

Some scholars, such as sociologist Steven M. Cohen, a research professor of Jewish social policy at Hebrew Union College-Jewish Institute of Religion and director of the Berman Jewish Policy Archive, have indicated that while they find such efforts worthwhile, there are major challenges standing in the way of bridging an ever-widening chasm between two vastly different but related cultures.

"The challenge is that there are deep-seated differences and contexts and identities," Cohen said.

He believes that while Jerusalem's policies have had an impact on perceptions of the Jewish state among American Jews, "it's still the case that differences in American Jewish identity shape American Jews' reactions to Israel more than Israel's actions."

What Cohen calls the "distancing" of American Jews from Israel is partially about a divide between American Jewish liberals and Israel's right-wing electorate, but mostly about the growing number of intermarried and unengaged Jews who hardly identify with the Jewish state.

The same forces propelling these changes in American Jewish self-perception also make creating common ground difficult. However, he adds, it is possible to have an influence by reaching out to elites and opinion makers, although he suggests this may not yield dramatic results.

Ferziger said that while he respects Cohen's work, "we have really enslaved so much of Jewish policy to demography."

"I am careful not to draw absolute conclusions based on demography because it can be overly deterministic," he said. "I am an historian, the world is fickle and building too much on polls and census readings is detrimental."

In the early 20th century, Ferziger said, the prevailing view based on demography was that Orthodoxy was in decline and the future belonged to the Reform movement. Now, however, you see "Orthodox triumphalism" and "the point is that things are unpredictable."

In 2013 the Israeli government announced the formation of a new initiative bringing together the Diaspora Affairs Ministry, the Jewish Agency (itself a partnership between the government and Diaspora fundraisers) and various American Jewish organizations. It would put billions of dollars into efforts to reach out to Jews abroad and "create a strategic plan for the upcoming 25 years that will include a common vision and more importantly an implementation of new projects for the Jewish people."

However, within two years the Jewish Agency had left the project and by 2016 the program, now renamed Mosaic, was coming under fire for giving out grants to primarily, but not exclusively, Orthodox organizations. The program ended up significantly smaller than originally envisioned.

Ferziger acknowledged the challenges facing any attempt to revamp the Israeli-Diaspora relationship but remained upbeat.

"In the end of the day no matter what, we are going to succeed because we are going to begin a process of creating a generation of Jewish leaders and thinkers and activists who are knowledgeable," he said.

Gur Alroey, who runs the Haifa University program, also believes that Americans and Israelis can think their way to a stronger relationship. 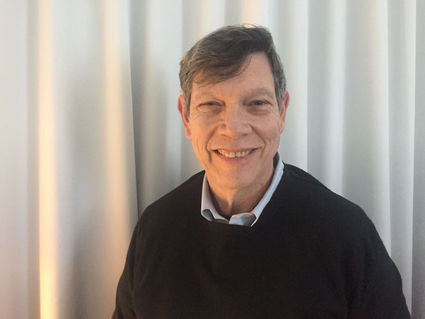