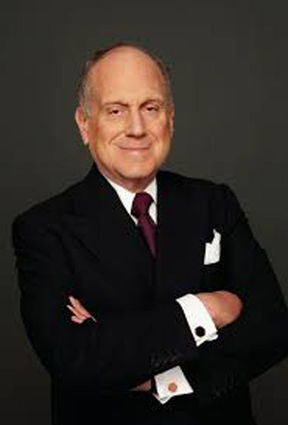 Today, Aug. 3, would have been Irv's and my 58th wedding anniversary. He passed on Aug. 20, 2015, after marking 55 years of marriage, and being blessed with three wonderful sons. When we took our marriage vows back in Brooklyn, N.Y., in 1960, "Till death do us part," we really didn't focus on those words. But, life goes on.

I read this in the World Jewish Congress (WJC) digest and pass it along:

"World Jewish Congress President Ambassador Ronald S. Lauder welcomed an agreement between the German government and the Conference for Jewish Material Claims Against Germany (Claims Conference) over a one-time compensation payment for Jewish Nazi victims who lived in Algeria between 1940 and 1942.

'This is excellent news," said Lauder. 'It shows that the terrible treatment Algerian Jews had to endure under the Vichy regime has not been forgotten. I thank the German government for making this gesture. It comes late, but not too late. The WJC has long campaigned for the plight of Jews hailing from North Africa to be recognized by the international community. Apart from the material dimension of this decision, it is also a highly symbolic step: finally, those who suffered tremendous injustice are now being formally recognized as Nazi victims.'

Algeria once had one of the largest Jewish communities in the region. Around 110,000 Jews lived in the country in 1940. Approximately 25,000 of these Jews are estimated to still be alive."

On July 5, 1950, The Law of Return, granting every Jew in the world the right to settle in Israel, was passed by the Knesset and published in Sefer HaChukkim (Book of Laws).

On Monday, Aug. 6, Jewish Trivia will be presented by BEN FRIEDMAN. And, of course, there will be tasty refreshments and social time for all who attend.

While the Jewish Pavilion staff and volunteers are always meeting special seniors, there are some that stand out more than others.

Ruth Abels (mother of FLORY KAHN and grandmother of ROBYN COLLEY) was a beloved resident at Brookdale Island Lake, who recently passed at the age of 101.

According to NANCY LUDIN, CEO of the Pavilion, she always dressed to the nines and everything matched. (I can never find anything to match my jeans!) Ruth's smile was contagious, according to Nancy.

SHIRLEY SCHOENBERGER, a weekly Jewish Pavilion volunteer, commented, "Ruth always said what was on her mind. She knew how to say things in the nicest, sweetest way, even when they were critical. She kept us on our toes."

EMILY NEWMAN, JP program director, coordinated with Ruth's family the Shabbat celebration of her 100th birthday. (She was given 100 roses by Brookdale in honor of that occasion.)

(I am truly honored to write about Ruth.)

And speaking of feeling honored...

That's how I feel about JOY GOFF MARCIL. I've known Joy for many years. She was even "Best Man" at my son Dr. STEVEN YOUSHA's wedding to his beautiful wife, Dr. JESSICA GOLUB, a couple of decades ago.

Joy is a lawyer who is on the Maitland City Council and has also served as vice mayor. A Democrat, she has entered the contest to run for Florida House District 30.

I first met Joy when she and Steven attended school together. That's a long way back (but I'm not THAT old, so be quiet!!)

She is a loving, caring woman, a wife, mother and dedicated Floridian, who always wants the best for her fellow Floridians.

I recently had a problem with my cell phone, which became mine when my spouse passed three years ago. I really didn't know all of its workings and when I didn't know how to resolve my particular problem, I went to the AT&T store, on Aloma Drive in Oviedo. 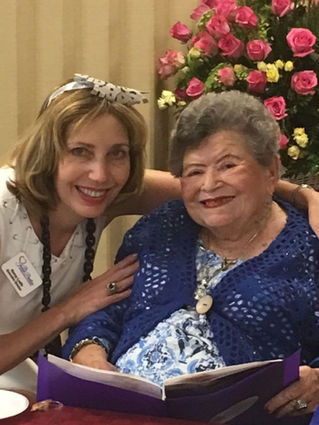 GIORGIO CASTALDO, a terrific (and super patient) guy, helped me and corrected my problem swiftly. (And he's cute too!)

The night before their wedding, Alf and Bette were sharing confidences.

Alf said, "You must know something before we get married. I am a fanatic golfer. I eat, sleep and drink golf. Golf is my whole life. After we are married, I'll try for some balance but I doubt whether I'll succeed. Just understand, you're marrying a golf addict."

"A hooker?" Alf repeated. "I can live with that. Next time, keep your head down and your left arm straight, then swing through the ball..."