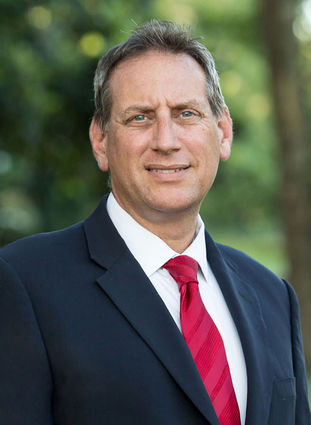 When it comes to choosing judges on a ballot, many voters really don't know much about the people they select. The position is nonpartisan, so being "Democrat" or "Republican" doesn't help; and many folks hope to never see the inside of a courtroom, so what difference does it make which name one chooses?

Adam Pollack, who is running for a Circuit Court judge seat in Group 24 of the 18th Judicial Circuit in Brevard and Seminole counties, knows that it makes a big difference who the person is sitting on the bench, because a judge isn't just making decisions that will affect the life of a person standing before him or her. That decision will have a ripple affect-touching family members, friends and the community.

"You don't know to what degree a judge's ruling will affect a community. It's very important for judges to be cognizant of that and aware they weld a lot of power, and wield it in a wise, conservative manner, staying within the law," he stated.

Pollack also believes that voters should elect their judges-which isn't always the case. The person Pollack is running against was appointed by Governor Scott after the sitting judge left mid-term (each term is six years).

"I am bringing to the voters an opportunity to make an informed decision," he stated. "I'm a sincere, compassionate, dedicated person who believes in justice, and listening to people."

Listening is very important to Pollack. He feels judges need to be able to listen carefully to those who come before him-and that means paying attention to each individual case.

"If a judge is not willing to put in the time and effort to listen to people, then he shouldn't be a judge," Pollack stated. He strongly believes in less talking, more listening. "There is a saying, 'Two eyes, two ears and one mouth.' There's a reason for that."

Pollack is also aware that for first-time offenders, a courtroom can be intimidating.

"People who don't come on a regular basis have a higher level of anxiety," Pollack said. "A judge who is competent should demonstrate to the public their ease of handling their position and how to deal with people. People are already on edge. They may be afraid of the consequences, but they should not be afraid they will be judged harshly because the judge has a demeanor that suggests he doesn't care for the people."

Pollack has a great deal of respect for the law. He wants to be a judge whom people can rely upon to know they will be treated fairly and honestly in regards to the law.

He has received several endorsements, one from the Canaveral Port Authority commissioner, Bob Harvey, USAF colonel (retired), who stated, "I am personally taking time to meet and research as many political candidates as possible. I know full well how difficult it is to get good people to run for office... Recently I met Adam Pollack. He has a proven record of upholding the Constitution and fairly applying our laws. All he is asking for is your vote. He has mine! He will bring honesty and integrity to the bench."

Longwood Mayor Benjamin R. Paris also has endorsed Pollack, and said of him, "After careful consideration and several long conversations, I'm endorsing and putting my full support behind Adam Pollack. He is the clear and correct choice."

Pollack's credentials are exemplary. He graduated from the University of Florida in 1993, and earned his juris doctor from Nova Southeastern University in 1996. During that time, he was a Goodwin Research Fellow at NSU. He knows his way around a courtroom, both in front of and behind the bench. From 1997 to 1999 Pollack was an assistant public defender of the 18th Judicial Circuit in Seminole County, then served two years with 18th Circuit judges preparing legal rulings and appellate opinions. He became Board Certified in 2009 as a criminal trial attorney, with over 75 jury trials in both misdemeanor and felony court, and has represented thousands of clients in bail bonding hearings, arraignments and pre-trial conferences.

"Adam is highly qualified to be a circuit judge," said retired Judge O.H. Eaton, Jr., 18th Judicial Circuit. "He has the trial experience needed to handle the variety of cases circuit judges handle and he has the temperament to rule impartially while following the law. Judicial candidates like Adam, who have a broad background of legal experience and have had to make a living running a law office, make the best judges."

Pollack self-funded a $150,000 investment into his campaign.

"I don't want to look into the courtroom and see someone who has given me money to get this position. It's just not right or fair to the opposing counsel," Pollack stated in a press release. "By making this investment, the community should have full faith in my integrity when presiding over cases."

Pollack has the full support of his wife, Jacqueline, whom he met at a Matzah Ball in Boca Raton.

"It was serendipity," he shared. "I was supposed to go to a Matzah Ball in Miami, but at the last moment went to Boca and we met!"

The couple and their sons, Jason and Ethan, are members of Congregation Ohev Shalom, and enjoy experiencing being Jewish every day.

There will be a Meet and Greet Last Hoorah Hob Nob on Aug. 9, from 4 p.m. -7 p.m., at the Sanford Chamber of Commerce held at the Sanford Senior Center, 401 E Seminole Blvd. Sanford.

Ballots were mailed this week, and voting will begin with early voting Aug. 17, and poll voting on Aug. 28.