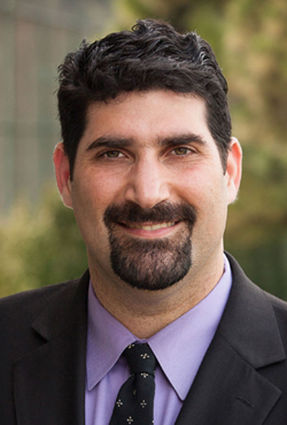 SAN DIEGO-The Jewish Federation of San Diego County (Federation) has named Michael Jeser as its new CEO. On Aug. 27, Jeser will succeed Michael Sonduck, who retired in June after his 12-year tenure, including six years as CEO, with the organization.

Jeser joins San Diego's Federation after serving as director of financial resource development at the Jewish Federation of Greater Portland, where he oversaw all aspects of the organization's annual and supplemental fundraising campaigns for three years and also created its flagship leadership development and mentoring program for young Jewish leaders.

Jeser's interest stems from his life-long involvement with Jewish organizations. His parents have worked in the Jewish community for over four decades. His father, Paul Jeser, a veteran fundraising and Jewish communal professional, was a Federation executive director in both Lewiston, ME, and in Orlando, Fla., when Jeser was a young boy. His mother, Faye, a Jewish music educator and performer for more than 40 years, was his JCC preschool music teacher as well as music teacher in both Conservative and Orthodox Day Schools in Northern New Jersey. Growing up, Jeser attended the Orlando JCC Nursury and HDS from 1977-1984. He was active at his local JCC and was a camper, a counselor, and an administrator for his childhood camp.

Said Jeser, "Throughout my career, I have been lucky enough to be exposed to Jews of all ages and stages; I'm always drawn to the story and values we share as a people. In addition to my commitment to creating a strong Jewish future in the U.S., supporting Israel and helping Jews in need provide me enduring inspiration."

Beyond Portland, Jeser's 20-year career has included significant roles in and out of the national Federation system, serving in senior management, fundraising and program positions with Jewish Community Centers, Jewish summer camps, and as the executive director of Hillel at the University of Southern California for four years.

"The search for our new CEO resulted in a number of excellent candidates," said Federation Board Chair Brian Tauber. "Ultimately, Michael's passion for his Jewish heritage combined with his impressive accomplishments in successfully implementing new and innovative initiatives, particularly in emerging adult engagement, leadership development, strategic planning, and community organizing made him ideal for the position. We are excited about the skills and commitment he brings to Federation and our mission to help Jews in need and strengthen our local and global community for the future."

In 2013, Federation announced its shift from an umbrella organization, which primarily allocated funds to other Jewish organizations, to a nonprofit that collaborates with partner organizations to identify the community's unmet and greatest needs. Initiatives are then developed, and sometimes funded, to meet those needs and impact the community more effectively. The organization's identification of several key impact areas allows donors to direct their support to causes that match their passions: Israel & Overseas, Young Families, Young Professionals, Caring & Aging, Teens and Community Investments. It is this unique shift that led Jeser to apply for the position.

"San Diego's Federation is on the cutting-edge of the entire Federation system," said Jeser. "I was deeply inspired by its bold decision to focus on developing and supporting services that strengthen the local Jewish community. I'm especially proud to join a Federation that is demonstrating tremendous commitment to connecting donors with the impact of their philanthropy. I look forward to continuing Michael Sonduck's efforts of building partnerships among San Diego's phenomenal Jewish organizations, schools and synagogues."