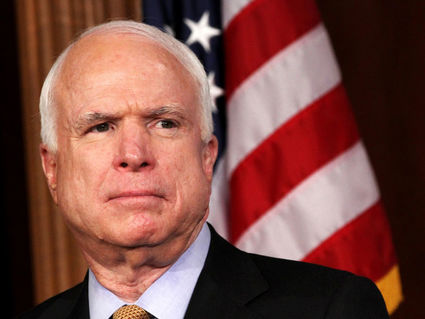 He was loved and respected...

I wrote briefly about the late Senator John McCain in last week's column when I first heard about his passing. (I write well in advance of publication). What I want to add is that he was a true hero and I want him to be remembered in history as Winston Churchill, Presidents Teddy and Franklin Roosevelt, Thomas Jefferson, etc., are remembered. I want my grandchildren, great-grandchildren, great-great-grandchildren, etc., to learn about him. Though a life-long Republican, I still admired his service to our country and his honesty. I want him never to be forgotten.

Also, never to be forgotten by my family...

Cousin Alan Feinberg who died in the collapse of one of the Twin Towers in New York City on Sept. 11, 2001. He was a firefighter, a devoted husband, wonderful father and a hero!

A country full of Nazis and infidels?...

And in spite of that disturbing news, I think I should bring you greetings from Ambassador RONALD S. LAUDER, president of WJC.

He wishes everyone "L'Shanah Tovah." And adds, "May the New Year bring you and your loved ones happiness, health and peace."

That is his wish for all the Jewish people around the world and he is hoping for a much better year as this one was marked by too much tragedy, violence, fear and continued uncertainty for the global Jewish community.

A real mensch, JASON MENDELSOHN is a Jewish Pavilion board member who has done a remarkable job in spreading the word about all the good the Pavilion does.

Raised in Altamonte Springs with his brother and twin sisters, and married for almost 22 years to RONNI (who also grew up in the area... they met as kids at Temple Israel!)

Jason is a tireless "Ambassador" for the Pavilion's mission and accomplishments. "I love the concept of the Pavilion," said Jason. "It's volunteers giving of their time to care for people who otherwise could be forgotten. They bring these seniors the Jewish experience."

Jason will be honored at the Jewish Pavilion's Gems & Jeans 2018 Gala on Oct. 28 at the Hilton Orlando North along with outgoing board president and longtime board member and volunteer, PAUL STENZLER.

Come celebrate their achievements and help support the Jewish Pavilion by attending the Gala.

On Sunday, Sept. 16, 2018 from 10 a.m.-11:30 a.m., there will be a free concert for babies, toddlers, young children, and their families. It is called "Wiggle and Giggle." It is sponsored by the Jewish Academy of Orlando and will be held at the Roth Family Jewish Community Center of Greater Orlando, 851, N. Maitland Avenue, Maitland, FL 32751

On Sept. 17 at 1 p.m. in the Maitland JCC in the Senior Lounge, there will be daily exercise for seniors presented by BRENDA BOYD.

(Oooh, that sounds more like it, especially because they follow the exercise with tasty refreshments and social time. All 39ers and JCC members are welcome. (The chocolate cake is mine!)

The other day in the mail I received a terrific magazine that I had never seen nor heard of before. It's called "Challah Connection" and it's filled with High Holiday ideas and gifts, etc. 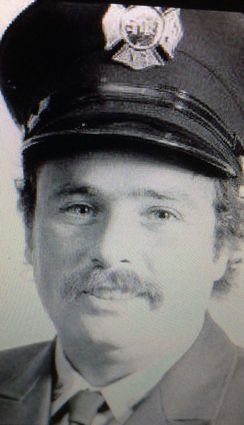 Shlomo and Moshe are out hunting in the woods of New Jersey when Moshe suddenly collapses. Shlomo rushes over to him but he doesn't seem to be breathing and his eyes are all glazed. Shlomo is in a panic. He takes out his phone, calls emergency services and shouts, "Help, please help me. My friend Moshe is dead! What on earth should I do?"

The operator tells Shlomo, "Sir, please calm down. I can help you. First of all, let's make sure he's really dead."

After a short silence, the operator hears a shot. Then Shlomo gets back on the phone, "OK, now what?"