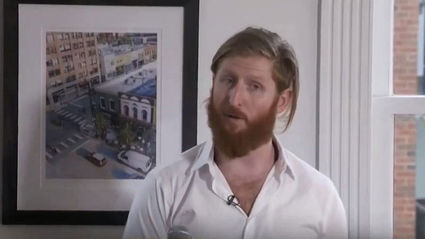 John Cheney-Lippold, an associate professor in the American Culture department at the University of Michigan, cited the BDS movement in his decision to withhold a letter recommendation for a Jewish student seeking to study abroad in Israel.

(JNS)-A University of Michigan professor who denied a student a letter of recommendation for a semester-long study-abroad program in Israel is standing by his decision, citing his support for the BDS movement.

John Cheney-Lippold, an associate professor in the American Culture department, told JNS that this was the first time he rejected a student's request for a letter of recommendation to study abroad anywhere, as he labeled Israel an "apartheid" nation.

"I declined to write the letter because I believe in equality," Cheney-Lippold said in an email. "Israel's Nation-State Bill makes it so only Jewish citizens of Israel have the full night to self-determination. This is not the case for Palestinian citizens of Israel."

"More empirically, to use the most basic of examples, infant mortality among Palestinians citizens is 3x more than Israeli citizens," he continued. "This is the result of what some people have called Apartheid-including Israeli state officials-and that's the reason why I participate in the boycott."

Cheney-Lippold wrote to the student, Abigail Ingber, who is looking to study at Tel Aviv University: "As you may know, many university departments have pledged an academic boycott against Israel in support of Palestinians living in Palestine."

However, the University of Michigan prohibits its departments or any part of the school to boycott or divest from Israel.

In his email to JNS, Cheney-Lippold sought to clarify what he meant by academic departments supporting BDS.

"It should [have] read 'many university professors have pledged an academic boycott against Israel' instead of 'many university departments,' " he said. "I was in doing a lot of departmental business before/after writing that email to the student, and I accidentally mixed my words up. I apologize for the confusion this might have caused."

"I believe in solidarity, and I want to help oppressed peoples anywhere they are in the world. I hope Israeli activists and politicians will help resolve the gross inequality present in Israel, and I believe that outside pressure from academics like me has the ability to push them to resolve that inequality even faster," added Cheney-Lippold. "Israel's universities contribute to oppression by developing weapons and military training. They should be part of the solution instead."

Ingber, a junior in the College of Literature, Science and the Arts majoring in communications and media studies, told JNS she met with the school on Monday and is "waiting to hear back from them until I comment further on this matter."

On Sept. 17, the Israel advocacy group Club Z posted on Facebook a screenshot of the email he sent her regarding his decision.

Many pro-Israel organizations, such as the Endowment for Middle East Truth, denounced the professor's move.

Alums for Campus Fairness has heard from many concerned community members, parents of students and alumni of the University of Michigan. The group said it is "deeply troubled by the professor's discriminatory action and hope the administration will do a thorough investigation of this incident. While we recognize and appreciate the administration's statement against any boycott of Israel, more needs to be done to ensure that students have a safe academic environment where they can freely pursue their educational goals."

Michigan Gov. Rick Snyder signed into law last year a measure forbidding boycotts of public entities or individuals from a foreign nation, though it does not specifically refer to Israel.

Anti-Defamation League CEO and national director Jonathan Greenblatt posted on Twitter that "a student striving to learn and further their education should never be a victim of political bias. The University needs to publicly clarify it opposes the academic boycott of Israel."

"Professor Cheney-Lippold's discriminatory email is indicative of how universities and faculty that embrace the BDS movement vigorously discriminate against Jewish and pro-Israel students," EMET director of research and communications Jennifer Dekel told JNS. "Punishing a student for choosing to study abroad in Israel is simply an anti-Semitic act, whether the University would like to admit so or not."

The incident is not Cheney-Lippold's first regarding anti-Israel vitriol. In 2011, he wrote an article that discusses how "researchers in Israel have created an algorithm that predicts an author's gender based on lexical and syntactic features."