RAISE continues to raise the bar for inclusion 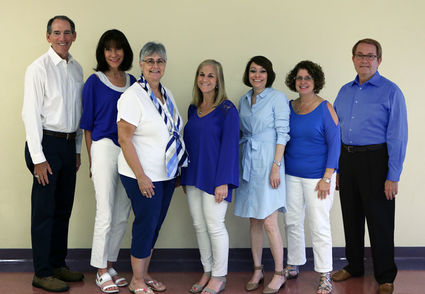 Since its beginning in 2014, RAISE has grown in many ways. Still keeping the number of employees at seven-RAISE has been able to fine tune the program that greatly benefits not only those who are employed by RAISE, but their families as well.

RAISE, an acronym for Recognizing Abilities & Inclusion of Special Employees, is a work and social skills training program that provides paid employment within partnering agencies of the Jewish Federation of Greater Orlando. With their newly acquired skills and confidence, RAISE employees are then ready to transition to employment in the community. Thirty-five employees have participated in the program so far, and more than half of those received their first paycheck through RAISE (see the Impact Numbers in the sidebar).

In addition to the fresh new crop of volunteer job coaches, RAISE is launching its Transition Services with a transition specialist, Amy Weston; developing its marketing thanks to volunteer Joanne Kane; and expanding its job opportunities with the addition of two new RAISE positions at the JCC Preschool and in the dining room at Kinneret.

"Thinking about the person first starts with how we refer to an individual," said RAISE program adviser Ken Schneider, Ed.D., and the former director of Exceptional Student Education in Orange County.

"We are all assigned a name when we are born. Does a name define who we are or tell any details about us?" asked Schneider, who goes on to explain that our names became less important as labels were attached for the purpose of identifying and differentiating us.

"We lost sight of what was most important, the person."

Schneider stated that thinking about the person first starts with how we refer to an individual.

For example, a person in a wheelchair has been referred to as a handicapped person or a cripple. In this instance a "Person First Language" approach would be the person is in a wheelchair because he/she is not able to walk. "The emphasis here is recognizing the individual is a person first and the description addresses what the person has," Schneider said.

Schneider added, "Katie Snow and others in this century have described a much more dignified, respectful and humanistic approach on how we refer to people with an educational or medical diagnosis. It's by using 'Person First Language,' which puts the person before the disability and describes what a person has, not who a person is."

RAISE is not a job placement center but works with Vocational Rehabilitation, which supports RAISE employees in finding jobs in the community. RAISE has received recognition by VR and now has a dedicated VR liaison specifically for RAISE employees.

Last, but definitely not least, this year marked a first for RAISE. Thanks to the Ginsburg Family Foundation, every donation to RAISE is now receiving a dollar-for-dollar match, doubling a donor's gift. The incredible generosity has had a profound effect on fundraising, and promoted significant growth and expansion of RAISE services.

For more information about RAISE job opportunities, volunteering as a job coach or donating to RAISE, please call 407-645-5933, ext. 236.

One of the easiest ways to share about RAISE is to use statistics. Although numbers cannot possibly capture all that RAISE achieves in their program, these numbers speak volumes about the partnering agencies as well as RAISE's serious group of dedicated volunteers and professionals.

• 7 professionals on the RAISE Leadership team who volunteer their time to meet monthly year-round.

• 8 Outreach programs for Passover and Chanukah have been provided for 3 years to the Lakewood Center, a long-term residence for adults with special needs in our community.

• 10 local businesses have collaborated with RAISE to lead a strategic networking division called RAISE Awareness to Hire in an effort to encourage workplace diversity and facilitate access to employment opportunities for adults with disabilities.

(Note: It is important to note that RAISE is a work and social skills training program and not a job placement center. RAISE works alongside Vocational Rehabilitation (VR), which supports employee participants through the interview and application process and finding jobs in the community.)

• 12 articles have been written about RAISE, 3 this year in the Heritage Florida Jewish News. RAISE was also featured in the inaugural issue of J-Life Magazine in September 2018, a publication that highlights our Jewish community.

• 17 Community Alliances with whom we interface and work towards inclusivity.

• 29 Employee participants have measurably moved forward in their lives at the completion of the RAISE program (through job placement, involvement in volunteer opportunities, pursuing ongoing education and/or through deciding to live independently).

• 35 Employee participants have participated since the program began in April 2014, more than half of whom received their first paycheck through RAISE.

• 44 Volunteers from our community have attended an orientation to become Job Coaches and assist employee participants.

• 853 Number of hours in 2017-2018 that employee participants were paid by RAISE to work at partnering community agencies.

•1,440 Number of volunteer hours in 2017-2018 that the RAISE professional Leadership team have dedicated to the program

• 100 percent of operations are fund-RAISEd through community donations. The program is not reliant on grants or JFGO financial support from campaign contributions.