Football, food, synagogues and a museum in a whirlwind trip 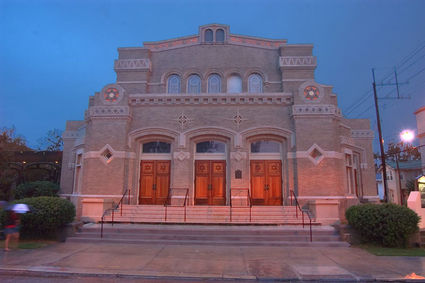 Simchas and celebrations are wonderful, but New Orleans celebrates every day of the year. A city brimming with restaurants, clubs, and street musicians, it was clear to see why The Big Easy is listed consistently in the top five party cities in the United States.

First and foremost, it is a city for foodies. The minute my husband, Larry, and I got into the shuttle taking us and our four friends to our bed and breakfast, our driver, Ryan, started listing all the restaurants we needed to try. "Cafe Du Monde for breakfast; Napoleon's for lunch; Arnauds for dinner; Dragos for a snack; Mothers for the debris Po'Boys; Rum House for tacos; Dat Dogs for franks..."

"How many times can we eat in one day?" I asked as I quickly scribbled down the names.

The answer is-errr-more than three. Our first dinner was at the Cochon, where I experienced the milder Creole food while Larry got a mouthful of the hotter Cajun style. We then headed down to Royal and Bourbon Streets, the heart of the evening action. At the Spotted Cat, we listened to a fantastic jazz combo and even got an unexpected treat. The group's leader announced that his wife had just arrived from Paris. Accompanied by the clarinet, bass, and sax, she sang a beautiful rendition of "La Vie en Rose," Edith Piaf's signature song.

The next morning, we took a two-hour walking tour of the French Quarter. Our guide, Kathy, a New Orleans native, laced her information with colorful stories of the founders, the builders, the business owners, and famous New Orleanians: musicians Louis Armstrong and B. B. King; writers Truman Capote, William Faulkner, and Tennessee Williams; the pirate Jean LaFitte, and Chef Emeril Lagasse

When I asked about the Jewish influence, Kathy shared stories about the city's famous Jews. Judah Touro funded both the synagogue and hospital that bears his name. Malcolm Woldenberg, a New Orleans businessman, is honored for philanthropy in a park that holds the city's Holocaust Memorial. Allan and Sandra Jaffee, natives of Philadelphia, in 1961 turned an art gallery used for occasional concerts into Preservation Hall, forevermore beloved by jazz musicians and fans from around the world.

For lunch, we each sampled the muffuletta, a sandwich that is made with Italian charcuterie and a spicy Creole olive salad, al fresco at the Napoleon. An hour later, we boarded the Steamboat Natchez, one of only two true steam powered sternwheelers on the Mississippi River today. On our two-hour ride, we had a good view of another of New Orlean's nickname, Crescent City, as the land sits like a crescent shaped bowl on the banks of the river. We went past industrial parks reflecting the economic importance of the river, areas still recovering from Hurricane Katrina in 2007, and lovely homes almost hidden by rebuilt levees that locals hope will never breach again.

After the ride, we stopped at Cafe Beignet for the world-famous square pastries. Once finished, we hauled our confectionary-sugar-covered bodies to Drago's for dinner. After a walk back from Riverwalk, we headed back for a swim and a soak in our B&B's hot tub before our exhausted bodies fell into bed.

The next day's Garden Tour added to our appreciation of another view of New Orleans. Originally developed by the French to keep those pesky Americans out of the French Quarter, the Garden District is known for its tree-lined streets, palatial homes, and fine dining.

We toured the Lafayette cemetery, an egalitarian final resting place for Christians and Jews; rich and poor; and, unfortunately due to multiple outbreaks of yellow fever throughout the city's earlier history, the very young and very old. Because of the high water table, all remains are interred in family or organization tombs above ground, including one for destitute children and one for firefighters.

We then were escorted past the homes of other famous city residents, including Sandra Bullock, John Goodman, and, the most popular, the Manning family of football fame.

After tacos at The Rum House, we all boarded the St. Charles streetcar for a ride past Touro Synagogue, Audubon Park, and Loyola and Tulane universities. Our timing was perfect as it started raining soon after we boarded and came down in torrents until shortly before we departed. My only regret that weekend was that Larry and I hadn't chiseled out time to check out the synagogue and meet with one of its rabbis, Todd Silverman, who is the son of long-time friends from Upstate New York.

Our final dinner was at Arnaud's, a beautiful five-star restaurant off Royal Street. We had reservations in the Jazz Room, where the food, service, and ambiance were wonderful. Our meal was enhanced by a three-piece jazz band that at one point stopped by each of the tables to take requests. Larry's choice of "Sweet Georgia Brown" was a hit.

The next morning, we all made a dash over to the National World War II Museum to view as much as we could in the two-hour window before we headed back to the airport. Yes, New Orleans is known for its music and food, but this museum is ranked by TripAdvisor as the top attraction in the city, named by USA Today as the "#1 Best Place to Learn U.S. Military History," and designated by Congress as America's official museum about World War II. Artifacts and videos brought the terrible war and its history to life.

We had arranged for Ryan, our original driver, to pick us up at the bed and breakfast. We gave him a rundown of all the restaurants we had managed to eat our way through in three days. Then Larry and he discussed that night's upcoming New Orleans Saints/Washington Redskins game. Before boarding our flight, two of our friends tasted po' boy sandwiches and the rest of us ate pralines, two of the few specialties that we hadn't consumed in the past 72 hours. It was time to leave The Big Easy-but there was one more surprise left.

Larry and I got home in time to throw in some laundry and turn on the New Orleans Saints and Washington Redskins football game. Drew Brees, another hometown native, threw a 62-yard touchdown pass that resulted in his overtaking Peyton Manning's record to become the National Football League's career passing leader. When I texted my "mazel tov" to Ryan, he texted back a thank you and a picture of the scoreboard proclaiming the Saint's quarterback's accomplishment. 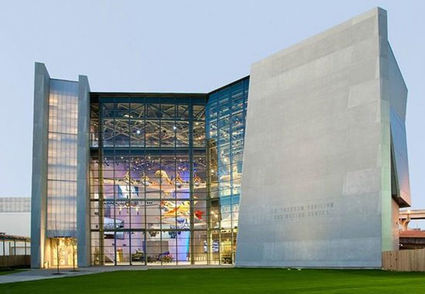 Between the levees on the Ole Mississippi and the levity on Bourbon Street, I may not want to live in New Orleans, but Larry and I are already thinking of another trip. After all, we need to spend more time in the city's museums. We need to enjoy a visit with Todd, and we have at least another 1,200 restaurants to try. As they say in Louisiana creole, "Laissez le bon temps rouler!" (Let the good times roll!)