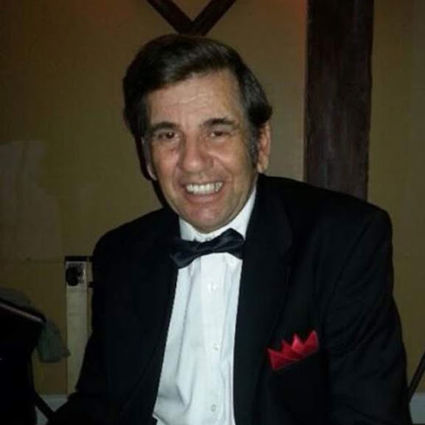 In my opinion, some of the smartest brains on earth belong to Israelis, especially when it comes to medicine and science. For instance, they are so advanced in the cures for some of our major diseases and conditions and, when it comes to science... well, read this next article:

"As announced by SpaceIL and reported in the Jerusalem Post newspaper, an Israeli spacecraft will launch in December with a goal of landing on the moon next February.

Founded in 2011, SpaceIL is an Israeli nonprofit organization and one of five finalists for Google's Lunar XPRIZE. The competition originally announced in 2007, whittled down the five finalists from 33 original teams.

SpaceIL said its team was at the 'most advanced' stage with regard to landing a probe on the surface of the moon, bringing Israel closer to 'joining the prestigious circle of the three superpowers that have managed to reach the moon: the United States, the former Soviet Union, and China.'

The spacecraft will launch on a SpaceX Falcon 9 rocket in December and is expected to land on Feb. 13, 2019, completing its mission in two days. The probe will collect data to be studied at the Weizmann Institute of Science in Rehovot.

(That reminds me... because of my husband's work on NASA's Gemini and Apollo programs, I was invited to the Cape to view the launch of Apollo 11. I couldn't attend though, because I was due to give birth to my third child any day. So, I was invited to the launch of Apollo 12 at the Cape and sat on the stands near President Nixon. He was very unfriendly toward me but his Secret Service detail was very nice! That was 49 years ago but I remember it well!)

On Sunday, Nov. 4, in the Congregation Ohev Shalom social hall beginning at 2 p.m., the COS Seniors will present a wonderful talent, JACK MICCI, who will perform songs of the 1950s thru the 1970s.

From Roy Orbison, Johnny Cash, Elvis Presley, Frank Sinatra & Dean Martin... from Rock and Roll to Country and much more... is on the agenda.

Jack is a versatile singer, with a four-octave voice range and a talented guitar player. Folks are encouraged to bring their dancing shoes!

Admission is $5 per member; $8 for others. Everyone is welcome.

After the musical performance, there will be complimentary desserts and drinks.

For further information, phone COS Senior's president JERRY LEIBMAN at 407-694-0546.

"We are so excited to honor JUDY SUBERMAN at JP Connection on Dec. 6th," says NANCY LUDIN, CEO of the Jewish Pavilion. She adds, "Judy is such a mensch that we had difficulty convincing her to accept this honor. Judy has volunteered for the Jewish Pavilion for the entire 10 years I have been the executive," said Ludin.

Judy's beloved mother of blessed memory, lived at Atria Senior Living. Judy visited regularly and assisted with all Pavilion activities such as Shabbat services and holiday festivities. Soon she was leading these programs.

Judy befriended many of the residents at Atria and visited them each time she came to see her mother. When her mother passed, Judy continued to visit with her mother's friends. When one of them moved to Spring Hills of Lake Mary, Judy began to visit there as well.

Today, she leads services in both buildings.

For the Suberman's, volunteering is a family affair. Over the years, RON, RACHEL and JACOB assisted at many Shabbat dinners and visited residents.

Judy Suberman brings her warm personality and Jewish knowledge to the table. She always comes well prepared with information about each holiday which she gladly shares with the residents and staff.

"They absolutely adore her," says Ludin.

(I want the honor of meeting Judy. She sounds heaven-sent.)

At the recent COS Seniors meeting and show, I had the privilege of meeting two wonderful people, BOBBIE and NICK CHASE who were in town from their home in Massachusetts.

They own a condo in town and were here to fix it up. They normally spend a few weeks each winter in Florida and, especially because they are such lovely folks as well as dog lovers, I can't wait to become friends with them!

On this trip they are boarding their two beautiful Leonberger dogs back up north, but I hope to meet them in the future!

(I love dogs as much as I love people!!)

On Oc. 28, the movie "Loving" with Joel Edgerton will be shown in the Maitland JCC Senior Lounge. Refreshments will be available. 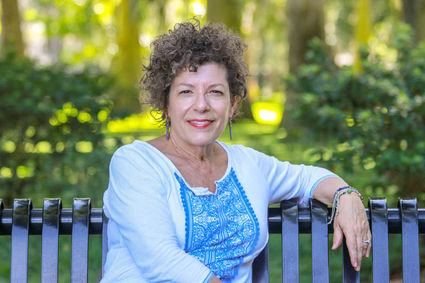 On Oct. 29 at 1 p.m. in the Maitland JCC Senior Lounge, "Laughter Yoga" will be presented by DANA KAPLAN.

Freda says to her daughter, "Ever since I reached 65, Lisa, I'd been feeling that my body had gotten totally out of shape. So I made a big decision - I went to my doctor and got his OK to start doing some exercise. And yesterday I went to LA Fitness and booked into their aerobics class for seniors."

"Well, for 30 minutes I sweated by bending, twisting, pulling, pushing and hopping up and down. But then, by the time I got my leotards on, the class was over."