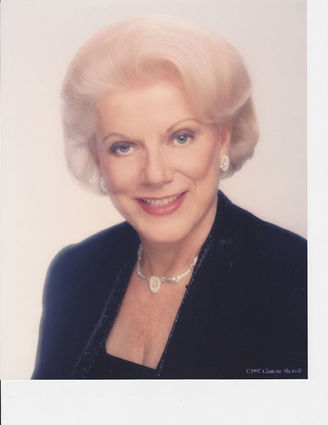 I'm referring to the passing of Ruth Mogul, a member of our Jewish community who I've known for more than half a century. She was one of the most beautiful people I've ever had the pleasure of knowing, both on the inside and on the outside. I'm sure many others feel the same way about her.

She endured many hard times in her life, I'm sure, one of them being the loss of her sister, Joyce Siegel (my very best friend) and her beloved son, but I can honestly say that I've never seen her without a smile on her face. She will be sorely missed.

Anti-Semitism is truly on the rise. I find myself writing about such happenings almost every week. I just read about this horrible act and pass it on to you:

"The World Jewish Congress unequivocally deplores the despicable and deliberate anti-Semitic act targeting the Elie Wiesel Memorial House in Romania. 'This was a clear gesture of hate that spits in the face of the Jewish community and the memory of the six million victims of the Holocaust,' said President Ambassador RONALD S. LAUDER.

Over the course of his life and legacy, Elie Wiesel stood as a moral compass to the world, teaching that the opposite of love is not hate, it is indifference. We must NOT stay silent or remain indifferent as the childhood home of the man who illuminated this message is desecrated in a callous act of enmity. This was an attack not just against the Jewish community, but against the very principles of morality and humanity for which Wiesel stood and dedicated his life to teaching.

It is essential that this incident be treated with the severity it deserves, to send a clear message that such acts will not be tolerated. We stand with the Jewish community in Romania in welcoming the quick start to the investigation and hope that the perpetrators will be caught, and that justice will swiftly be served.

Dr. AUREL VAINER, President of the Board of Leadership of the Federation of the Jewish Communities of Romania, said in a statement: 'The efficiency with which authorities have acted to erase the anti-Semitic messages from the façade of the memorial house is meritorious, but we draw attention to the fact that anti-Semitic acts and feelings are harder to erase than a barbaric inscription on a wall...it is imperative for these manifestations to be condemned also by the civil society. Only in this way can we continue to defend Romania from cruel and violent anti-Semitic acts, such as the ones happening not long ago against Jews in other European states.'"

(Sadly, it is happening in the United States as well.)

As we approach Sunday, Nov. 4th, I want to repeat the fabulous happenings set for 2 p.m. on that day at the Congregation Ohev Shalom Social Hall at the next COS Senior's meeting and show.

Talented entertainer JACK MICCI will be performing music from the 1950s (when I was born...OH SHUT UP!) thru the 1970s.

Jack is a great singer with a great vocal range of 4 octaves and also a wonderful guitar player. He will be performing songs that we know and love.

Admission is still only $5 for members; $8 for all others.

After the show there will be delicious refreshments. And of course, wonderful COS Senior's President, JERRY LEIBMAN will be there to welcome all who attend!

At the last COS Senior's meeting I saw an old friend, HELEN KRAVETSKY, who is back in town. What a pleasant surprise to have this sweet, lovely lady back here with us.

SCOTT BERRY is one for sure. If you've ever seen him perform you will understand why I am saying that. (And if you haven't, then do yourself a favor and see him at his next performance.)

Scott will be performing from 6-9 p.m. on Friday, Nov. 9th, at Rosellini's Restaurant in Lake Mary. 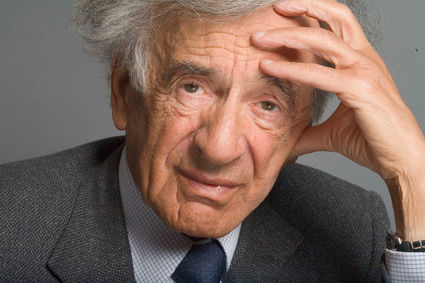 (And the food is delicious too!)

"It's not too bad, Sydney. God has been kind to me and let me reach 40 years of age last week."

"Mazel tov, Moshe," says Sydney. "Did you get any nice presents?"

"Well," replies Moshe, "mine Sarah bought me an SUV."

"Wow!" says Sydney, "What a fantastic present to be given. I would love to have an SUV. It looks like a great car to drive."

"Don't get too excited," says Moshe. "SUV stands for Socks, Underwear and Viagra."