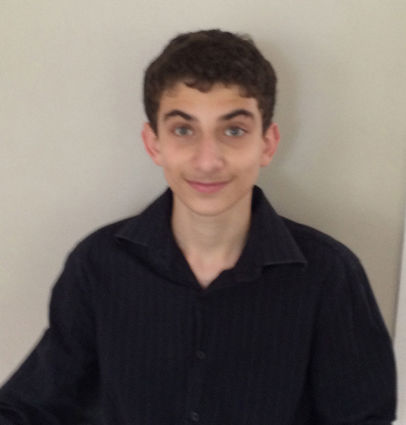 From me, my family and especially from my grandson, ZACHARY, a great guy. He is so kind and helpful to his "aging" granny and also very musically talented. (Forget the aging part!)

And staying on that happy holiday thought...

I was watching television recently and saw a talent that almost blew me away! His name is Jim Bailey, a male female impersonator who did impressions of Judy Garland, Barbra Streisand, Phyllis Diller, to name a few. Not only did he look like them, he sounded just as fabulous! Unfortunately, he has passed away but you can still Google him and be blown away also!

On that same show was a favorite of mine, and a member of our tribe. I'm referring to LAINIE KAZAN whose real last name is LEVINE. She is still performing, and like my children, is half Sephardic and half Ashkenazi, and like me, she was born and raised in Brooklyn, New York. As well as performing, she teaches acting at UCLA and is a member of several Boards, including B'nai Brith.

The World Jewish Congress (WJC) applauded the adoption by the U.S. Senate of the U.S.-Israel Security Assistance Authorization Act of 2018, S.2497. This bipartisan legislation seeks to ensure that Israel has the means to defend itself against increasing threats, including Iran's growing presence close to Israel's northern border. It authorizes increases in security assistance to Israel as well as new cooperation between the U.S. and Israel in advanced technological areas, including cyber security and anti-drone and space technology.

Rabbi JOEL MEYERS, chairman of the WJC United States, said: "The reality today in the State of Israel indicates growing security threats, including the growing presence of Iran and its proxies on Israel's northern border with Syria, increased terrorist attacks on the border with Gaza, and a necessity for Israel to defend itself against terrorist groups such as Hamas, Hezbollah, and others. He continued:

"We welcome the bipartisan support demonstrated by the United States Senate for the strong and vital U.S.-Israel relationship and its dedication to ensuring that Israel will have the necessary means to defend itself against these threats. We are deeply appreciative of the fact that this legislation signifies the continued commitment of the United States to Israel's security, recognizing that Israel is our most reliable democratic ally in the Middle East."

The second Men's Night Out, held recently, was a great success. It took place at Congregation Ohev Shalom and all the camaraderie benefited Jewish education.

On Sunday, Nov. 25, New York Times bestselling author BRIAN KILMEADE will be at the JCC in Maitland at 5:30 p.m. to sign his latest book, "Andrew Jackson and the Miracle of New Orleans." The book is now available in paperback.

On Nov. 26, beginning at 1 p.m. in the Roth Family JCC, Maitland Senior Lounge, there will be a "Cogniciti Brain Health Workshop.

(IT'S NOT DEDICATED TO ME!) 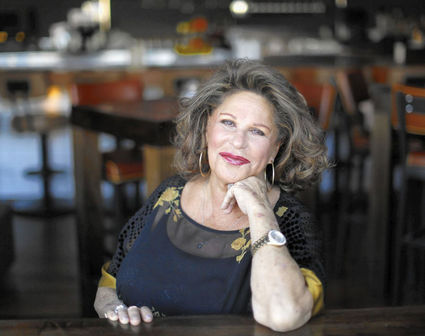 "What! A big healthy woman like you has tuberculosis? Ridiculous," says Abe, "I'll call Doctor Cohen and get this sorted out right now."

So Abe calls his doctor. "Doctor, Esther says you told her she has tuberculosis."

"So what's so funny about my having such a dreadful disease?" asks Esther.