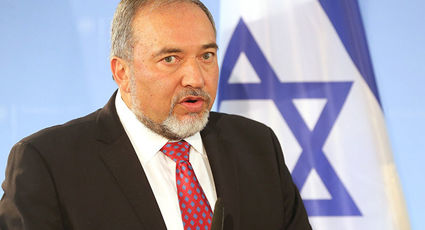 During the announcement at a meeting of the Yisrael Beytenu Knesset faction on Wednesday, Lieberman also called on Netanyahu to call early elections and not to "paralyze the country in the long term."

"I have tried to remain a faithful member of the Cabinet and to make heard another view, even at a great electoral and political price," Lieberman stated, adding that the ceasefire announcement "cannot be interpreted in any way other than a surrender to terror."

"This will severely harm our security in the long term," he said. "The response that we gave to the 500 rockets shot from Gaza was not enough, to say the least. The south should come first. Our weakness is being broadcast to other fronts."

Speaking of Hamas's intentions during the flare-up, Lieberman said: "Hamas isn't talking about coexistence and recognition of Israel. They don't want to reduce unemployment in Gaza."

According to Israel's Channel 10 news, at least four senior ministers opposed the ceasefire during a seven-hour cabinet meeting on Tuesday.

Initial reports following the ceasefire announcement claimed Lieberman, Bennett, Shaked and Elkin had voted in favor of the initiative, but Lieberman and Bennett's offices both issued statements vehemently denying any support for the ceasefire.

Lieberman's move to pull his six-member Yisrael Beytenu Party out of the government leaves Netanyahu with the slimmest of ruling majorities, with a coalition of only 61 members out of 120. A ruling majority is not mandatory to maintain power, though any "no confidence" motion can collapse a government in Israel's parliamentary system.

At a memorial event for Israel's first prime minister, David Ben-Gurion, and his wife, Paula, Netanyahu defended the ceasefire announcement, claiming that Hamas "begged" Israel for the ceasefire.

"In times of trial, Ben-Gurion made fateful decisions," said Netanyahu. "Sometimes, he did so contrary to popular opinion, but over time, these decisions turned out to be correct."

"In routine times, a leader has to be attentive to the feelings of the people, and we are a wise nation. But in times of crisis, at a time of fateful decisions regarding security, the public at times cannot be a partner to decisive considerations that must be hidden from the enemy," he added.

"At these times, leadership is not doing the easy thing, but the right thing, even if it is hard," he said. "Leadership is standing up to criticism when you know things that are secret and sensitive, and which you cannot share with the citizens of Israel and in this case the residents of the south, whom I love and greatly appreciate."

It remains unclear whether Netanyahu will send the country into early elections, or who will receive the post of defense minister.