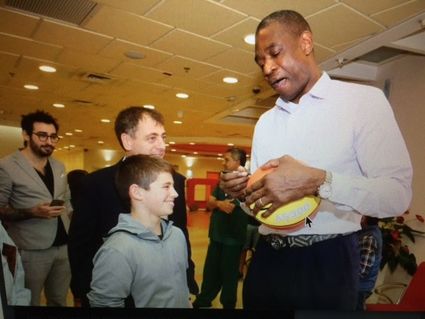 My mother was born in Montreal, Canada. Her family-her mother, father, brother and sister-were all immigrants from Ukraine. Her mother (my maternal grandma) died in Montreal at a young age, and her brother and sister came to the U.S. (Brooklyn), to live. My mom and her father followed soon after to join them in Brooklyn, where my mom eventually met my dad, they married and my older sister and I were born. So Ukraine is part of my ancestry and that brings us to the next story.

I read the following in the World Jewish Congress digest and pass it along:

During a constructive dialogue with Ukrainian Minister of Foreign Affairs, PAVLO KLIMKIN, Singer emphasized the need for Ukraine to activate its special envoy to combat anti-Semitism and to adopt a definition of anti-Semitism as proposed by the International Holocaust Remembrance Alliance.

Singer also addressed a forum of the Ukrainian Jewish Encounter, entitled 'Israel's Experience of State-Building: Lessons for Ukraine,' and thanked the Ukrainian government for its assistance over the last three decades in working to ensure the revival of the Jewish community and institutions, and for the friendly bilateral relations between Ukraine and Israel. As a native of the city of Chernivsti in Southwestern Ukraine, Singer said, he could recall that as a child 'anti-Semitism was a part of our landscape, though perhaps less problematic than in other cities.'

And while 'much has changed in the last 30 years,' Singer said, 'some things do remain constant. One of them is anti-Semitism, even its focus has shifted to some extent... many Jewish communities around the world are now experiencing a sharp increase in anti-Semitism, which often manifests as hatred for Israel."

A lovely visitor to our town...

I'm referring to LINDA SCHLESINGER of New Jersey, who celebrated her birthday on Nov. 18th, and plans to visit here in Orlando in the near future.

She was here once before (many moons ago) and enjoyed her visit.

NBA all-star DIKEMBE MUTOMBO recently made his first trip to Israel's Sheba Medical Center in the hopes of bringing Sheba's cutting edge medical care to the Democratic Republic of Congo in 2019. Sheba is the largest and most comprehensive hospital in Israel and the Middle East.

Mutombo met with Sheba's world-renowned medical experts to discuss this potential collaboration. He also visited with sick Israeli and Palestinian children, signed basketballs and gave away T-shirts to patients and fans. He even got to experience firsthand the virtual reality technology at Sheba's Rehabilitation Hospital.

The shared goal between the partners is to bring Sheba's advanced medical knowledge to the Biamba Marie Mutombo Hospital-named after Mutombo's mother-which the NBA star founded in the Democratic Republic of Congo in 2007 as a passion project formed from his long-time passion for healthcare.

Ashley is a supreme baker and makes pizza dough for her family every week. She was undaunted by the task of preparing dough for more than 30 loaves of challah even though she had never made it before.

Participants from the community of all ages worked side by side at Cascade Heights to braid the Challah and brush it with an egg mixture. The hands-on experience was fun, meaningful and not overly challenging, thanks to Ashley's advance preparation of the dough.

Ashley is also a realtor with Keller Williams Heritage Realty. In addition to baking, she enjoys reading and spending time with her wonderful family. Her daughter, HARPER is 11, her son, SUMNER, is 8, and her husband, BRIAN, is a psychology professor at the University of Central Florida.

(One of my son's is a psychologist who threatens to Baker Act me all the time! He claims I act like a 15-year-old! I consider it a compliment!)

I love the matzo ball soup at TooJay's Deli in Altamonte Springs and go there often. But now I have another great reason... server, LAURA RUSAKIEWICZ. She not only does her job perfectly, she is entertaining... singing and even dancing. 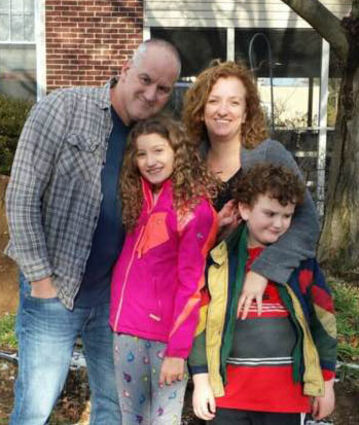 Of course the matzo ball soup, the chopped liver, the challah, all the food on the TooJay's Menu is wonderful, but the delightful atmosphere created by Laura can't be beat!

As soon as Izzy got home from work one evening, his wife Becky came up to him and said, "Izzy, our au pair has stolen two of our towels."

"Oh, really," said Izzy, not looking very interested, "that wasn't a nice thing to do."

"You're damn right it wasn't," said Becky, "they were the best towels we had, the two we got from the Hilton Eilat while we were on holiday last Passover."