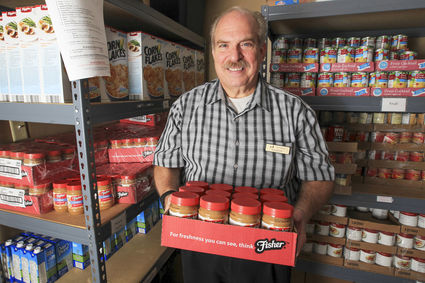 On Wednesday, Dec. 12, supporters of Jewish Family Services Orlando received via email a letter from the executive director-only it wasn't from Executive Director Eric Geboff, it was from the "interim executive director" Mike McKee, the former president of the JFS Board of Directors,-stating that Eric Geboff formally resigned from his position. No explanation was given for the sudden resignation. McKee immediately accepted the executive director position pro bono, while still running his business, Inspire Capital Management.

With more than 25 years of nonprofit development and fundraising experience, Geboff became the executive director of JFS in August 2011. Since he took leadership, the agency expanded its services, renovated its building located on Lee Road, opened a counseling wing with its own private entrance and grew its crew of counselor staff to 12, which includes two Family Stabilization Program case managers, two clinical therapists and a licensed psychologist.

Geboff was proud that in 2017, the counseling center provided more than 50,000 hours of sessions with no wait list (something unheard of in the world of counseling). The Family Stabilization Program has given a "handup" to many families and individuals in crisis; and emergency services has provided financial assistance meeting basic needs (rent, mortgage, etc.) for families and individuals; and provide food to those in need through the Pearlman Pantry.

Also under Geboff's leadership, JFS Orlando expanded its RIDE program, which almost 700 people used this past year; and built a computer lab that is available to anyone searching for a job.

Prior to his leadership at JFS Orlando, Geboff was the executive director of the Foundation for Seminole City Public Schools from April 2006 to July 2011.

Geboff is originally from Youngstown, Ohio, where he was the assistant director of the Youngstown Area Federation. He came to Orlando upon accepting the position of executive director of the Jewish Federation of Greater Orlando in 1995, and served in this position for 10 years.

When someone leaves an organization suddenly, there are always rumors and speculations. In a phone conversation with McKee, he stated that JFS is financially sound. Donations are strong for all the various programs. With his money management background, McKee sees an enormous opportunity to grow the counseling branch of the agency, therefore earning more income for the day-to-day management of the facility.

"We are not turning a profit, but we are doing more than just fine," he said of the nonprofit agency.

"Eric's incredible work ethic, talent, and his caring heart for those in need will be missed," said McKee in the email. "Although I speak these words of gratitude on my behalf, I am certain that I can also speak the same on the behalf of the Board of Directors, staff, volunteers, donors, and clients.

"Until we find a new executive director, we will keep doing what we do-growing and offering more for the community," McKee said.