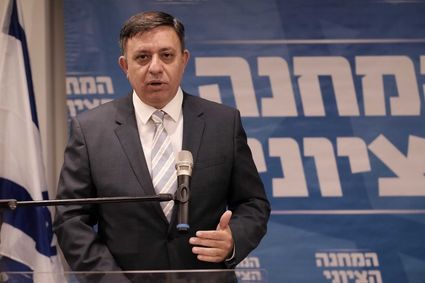 (JNS)-Opposition members in the Israeli government cheered Israeli Prime Minister Benjamin Netanyahu's announcement on Monday that there will be elections next year.

Gabbay said that the elections are "between me and Netanyahu."

"I am aware of the weight of responsibility on the prime minister of Israel, and as prime minister I'll lead the State of Israel to a better future," he said. "A future of change, unity and hope and belief that we can bring about change."

Gabbay's fellow Zionist Union member Yoel Hasson said that "the countdown to the end of Benjamin Netanyahu's tenure [as prime minister] has begun. The public will judge what government it wants-a government of hope or of stagnation."

"For the Israeli nation, the most important thing is a new, stable government," he said.

Meretz Party chair Tamar Zandberg said "it is time for this coalition to dissolve, and it is time for Israel to get a better future."