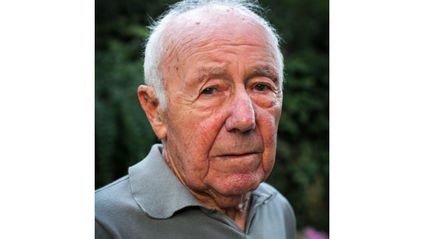 (JNS)-The last surviving resistance fighter from the Warsaw Ghetto Uprising of 1943 passed away on Dec. 22 in Jerusalem at the age of 94.

Simcha Rotem, born Kazik Ratajzer in Warsaw in 1924, joined the Warsaw Ghetto Jewish Combat Organization in 1942, after having been a member of a Zionist youth movement in his teen years and suffering the bombing of his family home by the Germans, which wounded him and his mother and killed his brother and grandparents.

Rotem fought under Mark Edelman when the Nazis began to liquidate the ghetto in 1943, believing that it was better to die fighting than to be killed in the gas chambers of Treblinka, where 300,000 Warsaw Jews had already been sent to their death.

In his testimony for Israel's Yad Vashem Holocaust Memorial Museum, Rotem said that the aim of the uprising was to "kill as many of them as we could, [but] we knew our fate was completely clear," that they would not survive against the powerful German army.

As the Germans began to defeat the fighters, Rotem was instrumental in assisting his comrades in fleeing to forests outside the city through the Warsaw sewer system. He subsequently joined the Polish partisans and took part in the Warsaw Uprising, then joining Nakam, a group of fighters who attempted to exact revenge on Nazi war criminals.

After the war, Rotem made aliyah to Israel in 1946 and managed a supermarket chain until his retirement in 1986.

He was awarded the Grand Cross of the Order of Polonia Restituta, one of Poland's highest honors, for his part in the anti-Nazi war effort.

In remembering Rotem, Israeli President Reuven Rivlin said, "Thank you for everything, Kazik. We promise to try every day to be deserving of the description 'Human.' "