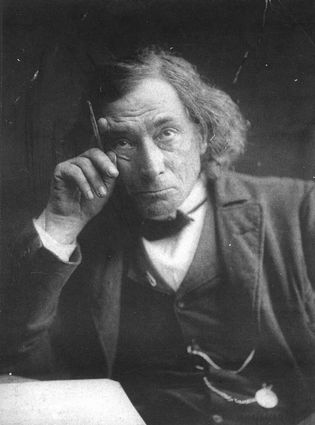 Back in 1964, when my husband, Irv, and I moved to Orlando, one of the finest restaurants in Central Florida was Al and Linda's La Cantina. More than half a century has past, yet, after going there with our son, RON, the other night (Irv is deceased), I have to say it is still one of the finest restaurants in the area! And the service was as good as the food. (Our server, a beautiful gal, happens to be the granddaughter of Al and Linda!)

"The World Jewish Congress has co-signed a joint declaration initiated by the Central Council of Jews in Germany condemning the far-right Alternative for Germany party as a 'racist and anti-Semitic party' and a 'threat to Jewish life in Germany.'

The declaration, titled No Alternative for Jews, was released on the same day that a separate group called Jews for the AfD marked its official launch in Weisbaden.

The declaration reads, in part:

'The AfD is not a party for Jews... the AfD is a party in which hatred of the Jews and the denial of the Shoah have a home. The AfD is anti-democratic, inhumane, and in many parts, right-wing extremist.'

The recent violent neo-Nazi march in Chemnitz, the declaration continues, 'should be enough to show the spirit of the AfD, where AfD representatives marched side by side with neo-Nazis, hooligans, and Pegida supporters, not shying away from taking to the streets with people giving the Hitler salute... The AfD sows hatred and divides society. It incites people and attacks our democracy on a daily basis. The AfD is increasingly radicalized and does not shy away from rewriting history.

The undersigned Jewish organizations and associations call upon all democratic forces within and outside the Jewish community to engage openly and visibly against any form of anti-democratic, anti-Semitic, racist, and nationalistic ideology in Germany, Austria, and France."

"Hatikvah, the Israeli National Anthem, (meaning "The Hope") was based on a poem written in Palestine in the 1880s by Naftali Herz Imber, a Galician Jew. It became the official anthem of the Zionist movement in 1933 and later became Israel's National Anthem.

Hatikvah is about the undying hope of the Jewish people, through the 2,000 years of exile that they would someday return to independence in their homeland. Imber died in New York City on Oct. 8, 1909.

Learn how to join us on the road to Atlanta from July 28-Aug. 2, 2019! The JCC Maccabi Games is the largest sports competition for Jewish teens in the world. Team Orlando has a rich tradition at the Games. The days are filled with sports and the nights with massive parties. There is also an awesome Star Reporter track for teens who are interested in social media/journalism. Jewish teens must be 12-16 years old as of July 31, 2019. Choose from the following sports: Baseball, basketball, dance, flag football, golf, soccer, swimming, tennis, and volleyball. Phone ROBBY ETZKIN, 407-621-4031.

The movie "The Help" will be featured at the Maitland JCC Senior Lounge on Sunday, Jan. 13. Phone the JCC at 407-645-5933 for time and details. Refreshments are available.

On Monday, Jan. 14 at Brookdale Island Lake, there will be a luncheon/therapeutic music workshop. Phone the JCC, 407-645-5933 for time and details.

Benefitting a good cause...

Lovely and caring, JOANNE CROSS, hosted (for the 8th year) a Post Christmas-End of Chanukah-Halfway to New Years Dinner and silent auction to benefit Seminole County's Salvation Army. It took place at the Longwood Community Building, 200 W. Warren Avenue in Longwood on Dec. 28. There was fabulous food and entertainment including singers, comedy and dancers. And, of course, the silent auction.

(What a sweetheart with a big heart JoAnne is! She put in so much time working hard and spending so much money and she still looked prettier than me! I repeat... I can't take the competition!) 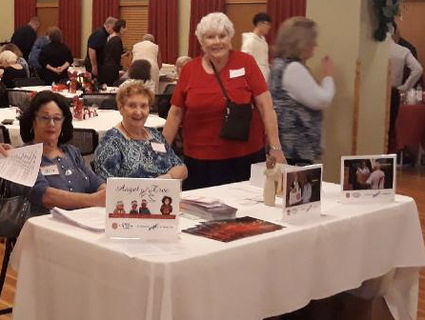 JoAnne Cross (r) with Yours Truly and Judy Cotter at Salvation Army donation and party.

Simply the best... and the best looking! (I'm old enough to flirt if I want to!) I'm referring to server, ED MARTINEZ at my favorite matzo ball soup hangout, TooJays Deli in Altamonte Springs. Not only is he good at his job, he has a great personality and a great memory. (He remembered me from my last visit... and even remembered what I ordered!)

Isaac is one of the world's great hypochondriacs. One day he goes to see Dr. Myers and says, with a worried look on his face, "Doctor, you must help me."

"How can I do that, Isaac?" asks Dr. Myers calmly.

"Do you remember those voices in my head I've been complaining about?" says Isaac.

"So what's the problem then?" asks Dr. Myers.