The World Jewish Congress and its affiliated community in Lithuania recently marked the 75th anniversary of the liquidation of the Vilnius Ghetto, alongside Pope Francis and other notable personalities.

"Seventy-five years ago, the Germans and local Lithuanian accessories nearly obliterated one of the most vibrant Jewish communities in Europe, a hub of cultural and intellectual Jewish life for thousands of years," WJC President Ambassador RONALD S. LAUDER said. "But they did not succeed entirely. From the ashes of the Holocaust, the broken community is slowly rebuilding itself and working to ensure the future of Jewish life in Lithuania.

"It was not by chance that the WJC chose to build our international Yiddish Center in Vilnius," Amb. Lauder added. "Vilnius was known for generations as the Jerusalem of Lithuania, and it was critical to us to put Vilnius back on the map of Jewish culture, where it belongs.

Lithuanian society has made strides in recent years to come to terms with its dark past and its role in the tragedies of the Holocaust, but there is still much work to be done. Streets are still being named after Lithuanians complicit in the murder of Jews, Jewish gravestones are used as stepping blocks in public buildings, and abandoned Jewish heritage sites and artifacts are given few resources and little attention. As we seek to rejuvenate Jewish life in Lithuania, it is imperative that we go beyond just slogans and ceremonial niceties and strive to ensure that the process of the preservation of historical memory continues.

FAINA KUKLIANSKY, president of the Jewish Community of Lithuania, said: 'Seventy-five years after the destruction of the Vilnius Ghetto, which has become the symbol of the Holocaust in Lithuania, under democratic conditions, it still takes courage, wisdom, will, and fundamental forces of violent extremism. It is to defend fundamental freedoms and the equal dignity of all human beings. This is why addressing anti-Semitism should not be conducted in Jewish institutions alone. It is crucial that the entire international community mobilize.

On Sunday, Feb. 3, 2019, beginning at 2 p.m., the Congregation Ohev Shalom Seniors will hold their monthly meeting in the synagogue, 613 Concourse Parkway, South, in Maitland.

The featured entertainer will be ANDY COSTANTINI. Andy is the lead vocalist, guitar and keyboard player for the "Rollabels."

He is a multifaceted musician, featuring the songs of the Beatles, Motown, and a little country. Andy has appeared as the front man with Mark Dawson from the original "Grassroots" fame.

Of course there will always be a complimentary nosh... cookies, cupcakes, coffee, tea, soda, etc. (And NO CALORIES!)

You can bring your dancing shoes if you wish.

The cost of the event is still $5 for COS Senior's members; $8 for all others. Everyone is welcome.

For further information, contact COS Seniors President, JERRY LEIBMAN at 407-694-0546 or online at jerryleibman@yahoo.com.

On Sunday, Jan. 27th, a Mah Jongg tournament, "Maj-Madness" will take place at the JCC in Maitland.

The event is scheduled to take place from 9 am until 3 pm.

The cost is $36 and includes a light breakfast, coffee and lunch.

(I used to play mah jongg many years ago. I still have my mom's mah jongg set but I forgot how to play! HELP!!)

The cost of a ticket is $40, which includes round trip bus transportation and Main Event entertainment.

(Att: Robby: When are you going to plan something for the elderly? Not me, of course! Just asking.)

The event begins at 1pm in the JCC Senior Lounge at 1 p.m.

Jewish Humor will be presented by HEDY BASS.

Refreshments will follow... and mingling, of course! That's why its called "Meet & Mingle."

(Most of the comics I've heard of and enjoy just happen to be Jewish. Jerry Lewis, for instance, Sid Caesar, Alan King, Myron Cohen, actually too many to name... Who said me? Oh you meant funny looking.) 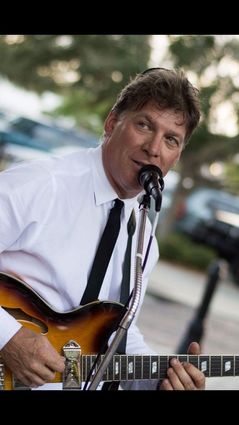 From one-on-one visits, regular programs, holidays or office work, you personally can make a difference in an area close to home, at your convenience. Please call the office for more information at 407-678-9363.

Freda and her friend Ruth were having a chat about their sons. "So Ruth," asks Freda, "I hear that your Paul has just been made a director of Shmultz PLC.  Is he a good businessman, then?"

"Is he a good businessman?" replies Ruth. "Oy! He's a brilliant businessman, Freda. In fact mine Paul is so dedicated to his company that every night he takes his secretary to bed with him - just in case he comes up with a brilliant idea."

(I think I used this joke before, but it struck me so funny that here it is again!)