Israel supporters 'should have their immune cells killed' 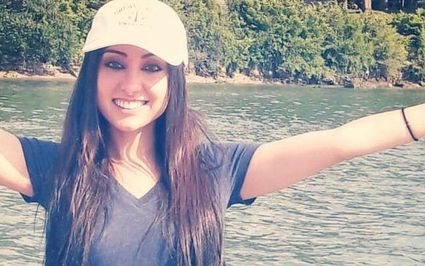 (JNS)-A medical resident fired from the Cleveland Clinic last year posted on Twitter that supporters of Israel should have their immune cells killed.

"Studying for my med micro final, came across this. Clearly, I pay attention in class and write very useful notes," tweeted Lara Kollab in 2013.

The Twitter post included a handwritten note: "People who support Israel should have their immune cells killed so they can see how it feels to not be able to defend yourself from foreign invaders."

Kollab was relieved of her duties for making such anti-Semitic posts. Last week, she apologized for her remarks.

"As a girl in my teens and early twenties, I had difficulty constructively expressing my intense feelings about what I witnessed in my ancestral land," she said in a blog post. "Like many young people lacking life experience, I expressed myself by making insensitive remarks and statements of passion devoid of thought, not realizing the harm and offense these words would cause."

"These posts were made years before I was accepted into medical school, when I was a naïve, and impressionable girl barely out of high school," she continued. "I matured into a young adult during the years I attended college and medical school, and adopted strong values of inclusion, tolerance and humanity."

"I have learned from this experience and am sorry for the pain I have caused. I pray that the Jewish community will understand and forgive me," she added. "I hope to make amends so that we can move forward and work together towards a better future for us all."

According to state records, Kollab's medical license, which was issued by Ohio in July 2018, is still active and expires in June 2021. The Zionist Organization of America and the American Center for Law & Justice have called for it to be revoked.