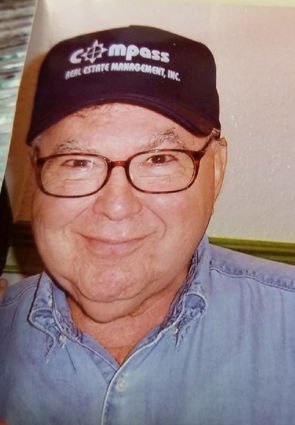 Another great loss to our Jewish community...

I'm referring to Max Mogul, a longtime member of our Jewish community... for more than half a century at least. I wrote recently about the unfortunate passing of his beloved wife, Ruth.

People who knew Max, knew how generous a man he was, especially to orphaned children.

At his memorial service, people spoke so highly of him (which didn't surprise me) with much admiration, love and respect. Many also spoke of how he made them laugh!

His daughter, Lynda, dedicated and sang his favorite song, "The Wind Beneath My Wings," which brought many to tears. They told Lynda that was a "beautiful tribute to her dad. His daughter, Janet, was also filled with love and grief for the passing of her dad.

Max Mogul will surely be missed!

Eastern Canada, especially Montreal, is on my bucket list. It is where my mom was born and probably where I have some relatives I don't even know about. I have been to western Canada. I performed at the Calgary Stampede as vocalist with the Jimmy Dorsey Orchestra and visited some surrounding towns. But... bucket list, here I come!

WJC President Ambassador Ronald S. Lauder praised the Canadian government for the recent issuance of a formal apology over its 1939 decision to turn away the M.S. St. Louis ship carrying Jewish refugees fleeing from Europe.

"The WJC welcomes the Canadian government's apology for turning away a ship filled with Jews in 1939 and for its 'one is too many' policy regarding these refugees, which returned them to Europe where many of them ended up murdered by the Nazis and their accomplices," he said. "We are grateful to our Canadian affiliate, the Centre for Israel and Jewish Affairs, for its role in bringing about this important apology and public recognition of the ills of this fateful decision."

He continued, "Today, xenophobia and anti-Semitism have made a frightening recurrence across the globe, an indisputable reality which bears the potential for horrendous and deadly consequences, as the history of the Holocaust teaches us.

"We must always remember the dangers that can arise when we stand idly by as hatred rears its ugly head. Let the lesson of the M.S. St. Louis ring loudly and clearly in the disquieting political climate of today and let us remind ourselves of the importance of protecting and defending those in need, including strangers in our midst. Together we must remember our past and protect our future."

(We must care about all races and religions! What happened to our people must never happen again...not to anyone.)

On Jan. 28,1986, 11:38 a.m., millions watched on television as Jewish astronaut Dr. Judith A. Resnik boarded the Challenger at the Kennedy Space Center, smiling and waving. Seventy-three seconds after takeoff, the Challenger's fuel tank exploded at 46,000 feet, causing the shuttle cabin to careen 65,000 feet into the sky before descending to the ocean, killing all seven crew members.

Resnik was the second American female astronaut to travel in space, serving as a mission specialist on the 1984 maiden voyage of the space shuttle Discovery. She was also a classical pianist and a gourmet cook. What a great loss!

(Back some years, I was invited to Apollo 12 because my husband was an engineer who worked on it. I sat in the bleachers next to President Nixon, who tried his best to ignore me...thinking of me as too unimportant to converse with.

His Secret Service detail was very friendly though. Oh well... who cares!)

On Sunday, Feb. 3rd, beginning at 2 p.m., the COS Senior's will hold their entertaining monthly meeting at Congregation Ohev Shalom, 613 Concourse Parkway, South in Maitland.

The featured performer will be ANDY COSTANTINI, lead vocalist, guitar & keyboard player for the "Rollabels."

As always, there will be a complimentary "nosh" of cakes, cookies, drinks, etc. Everyone is welcome.

The admission charge is $5,COS Seniors members; $8, nonmembers.

Come join The Tribe for another great happy hour! Meet new friends and connect with old ones at The Tribe Happy Hour at Dexter's of Winter Park, 558 W. New England Ave. Suite 100, on Thursday, Feb. 7th from 5:30 to 8:30 pm.

Get a free drink if this is your first Tribe event or if you bring someone new to this event!

On Feb. 4th, at 1 p.m. "Senior Living at Allegro" will be presented by BRIANA.

Complimentary refreshments will be served after the presentation. 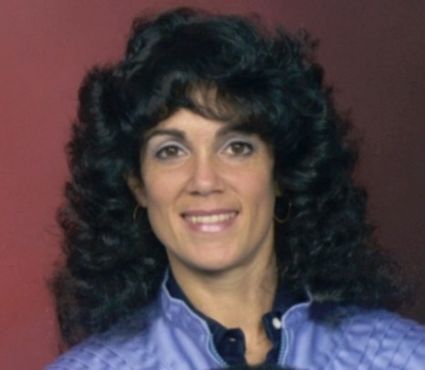 Wow, what great service I had today at TooJays Deli in Altamonte Springs. My waitress was DEBBIE KLAUCK. She went above and beyond serving me... helping me with personal things as well. She's as cute as a button, sharp and hard working. In fact, I would love her as a daughter.

Two Jewish cannibals are stewing a pot of food over a fire.

"Oy veh," says the first cannibal, "I really do hate my mother-in-law."

The second cannibal replies, "Nu? So leave her over and just drink the chicken soup."

(That's a sick joke if I ever heard one. My mother-in-law was delicious!)