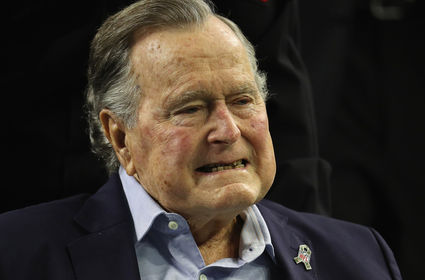 I read this in the World Jewish Congress digest (WJC) and share it with you:

"The WJC recently brought a first-of-its-kind delegation of special needs youth from across Israel to Poland for an educational mission to the Nazi death camp at Auschwitz. The mission was arranged by WJC President Ambassador Ronald S. Lauder at the initiative of WJC-Israel Chairman Gad Ariely, in cooperation with the Welfare Department of the Modin-Reut-Maccabim municipality, Akadem House for autistic children and adults, Nitzan Modi'in, and the Center of Autism Treatment and Research.

'Jewish tradition teaches us the dangers of forgetting who we are and where we come from,' Ariely said. 'The commandment to 'remember' is one of the oldest tenants of Jewish tradition, and its significance has never been lost. WJC-Israel is proud to take part in this mission of strengthening Jewish memory. We hope that this mission will help our youngsters learn more about themselves and strengthen their sense of belonging to the Jewish people.'

The aim of the mission is to ensure that special needs students are given the same Holocaust education as other members of Israeli society. In preparation, the students underwent a series of meetings and educational workshops in Israel, including at Yad Vashem.

Upon arrival in Poland with a staff of trained aides, the delegates visited the historic Jewish Quarter of Krakow and the site of the wartime ghetto, attended a special dinner at the Krakow Jewish Community Center and spent a day at Auschwitz-Birkenau, which ended with a moving ceremony in memory of the six million Jews who perished and the singing of Israel's national anthem.

For nearly 30 years, Amb. Lauder has stood at the forefront of efforts to preserve Auschwitz as a memorial site and has made the preservation of Holocaust memory a core issue of the WJC agenda.

"President George H.W. Bush was a genuine American hero and a true friend of the Jewish people and the State of Israel," said WJC President Ambassador Lauder. Noting "the instrumental role he played in making possible the dramatic airlift to freedom of Ethiopian Jewry, and his unwavering assistance in enabling Soviet Jews to emigrate," he added that President Bush was also responsible for revoking the scurrilous UN resolution that equated Zionism with racism. "Despite occasional disagreements, President Buish was a firm ally of the State of Israel and worked tirelessly to achieve an end to the Israeli-Arab conflict.

As an American, I also stand in awe of his leadership and determination during the first Gulf War that saw the effective end of Saddam Hussein's threats against the Jewish state.

President George H.W. Bush embodied the values of decency and patriotism at their finest."

I want 13-year-old SOPHIE SCHAKED to run for that office as soon as she comes of age! (Actually I would like her to run for president now!)

Sophie is an 8th grade student at Lake Highland Preparatory School where she is president of middle school student government. She recently won the title of Miss Florida Jr High School America and will compete with 49 others in Little Rock, Arkansas this summer. She also won National Spokesmodel title for the USA Ambassador System.

Sophia is also a cheerleader and is active in musical theater. She does commericals, film festival production, and performs at the Orlando Shakespeare Theater. She's also a photographer and creator and director of the show "You Sparkle"Pageant at the Orlando Union Rescue Mission helping young girls walk and speak with confidence and to share their inner sparkle.

Sophie is a madrachim Sunday School teacher at Congregation Ohev Shalom synagogue, a volunteer with the Jewish Pavilion, Ronald McDonald House and Coalition for the Homeless... and with all that, she also attends overnight camp at Camp Louise Jewish Camp in Maryland for the past six years!

(I'm exhausted just writing about all the things Sophie's involved with! And, she is a truly beautiful girl, inside and out!)

On Feb. 17th, the movie "Father Figures" will be presented in the JCC Senior Lounge, Maitland, beginning at 2 p.m.

On Feb. 18th at 1 p.m. in the JCC Senior Lounge, Maitland, SUSAN BERNSTEIN will present a program about "The Jewish Pavilion."

Refreshments are included with the presentation. 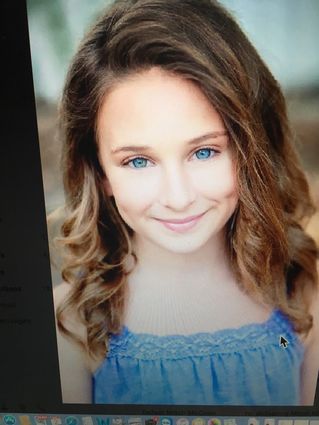 The Mainstage Series presents "Aint Misbehavin," celebrating the humor and talent of Fats Waller. The show is filled with high energy singing and dancing, It began on Jan. 25th and will be performed through Feb. 23rd.

Immediately following his expensive private operation, Victor awakes and sees his surgeon standing near his bed. He says to the surgeon, "Well, how did it go then?"

"Victor," replies the surgeon, "I have some good news and some bad news for you. The good news is that we were able to save your testicles."

"They're under your pillow in a plastic bag," replies the surgeon.