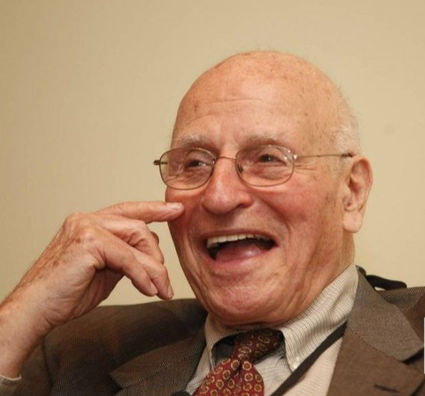 The St. Augustine Jewish Historical Society is mourning the Feb. 16, 2019, death of Al Vorspan, a giant in the movement for Social Justice among Reform Jews. He was 95. Vorspan was arrested here in St. Augustine, Florida along with 16 rabbis making for the largest mass arrest of rabbis in U.S. history. Although not a rabbi himself, Vorspan's credentials were considerable. He was a founder of the Religious Action Center of Reform Judaism and served as the longtime director of the Union for Reform Judaism's Commission on Social Action. Ultimately, Vorspan rose to become Senior Vice-President of the Union of Reform Judaism.

Early in the second week of June 1964, while the Civil Rights Act of 1964 was being filibustered in the U.S. Senate, Reverend Dr. Martin Luther King, Jr. called, through his friend Rabbi Israel Dresner, for assistance in St. Augustine, asking "to get as many rabbis down here as possible!"

Sixteen rabbis and Albert Vorspan answered the call and were ultimately arrested for "disturbing the peace" while praying with African-Americans at the Monson Hotel on Avenida Menendez along St. Augustine's bayfront on June 18, 1964.

From their cell in the St. Johns County Jail, they wrote a letter explaining their actions, declaring "We came as Jews who remember the millions of faceless people who stood quietly, watching the smoke rise from Hitler's crematoria. We came because we know that, second only to silence, the greatest danger to man is loss of faith in man's capacity to act."

Rabbi David Saperstein, RAC's director emeritus, in a statement issued after Vorspan's death, called him "one of the g'dolei hador, or 'great ones' of Jewish social justice work."

"A true icon, Vorspan shaped much of social justice work of the Reform Jewish Movement, ensuring it lives at the very heart of Reform Judaism," said Saperstein, who is currently a senior adviser to the Union for Reform Judaism. "Beginning in 1953, he helped inspire the creation of congregational social action committees across North America, encouraging Reform Jewish synagogues to partner with their local communities in pursuit of tikkun olam, 'repairing the world.'"

"A mentor, friend, and inspiration to all who knew him, Al Vorspan was, to many, the personification of Reform Judaism's social justice efforts," said Saperstein.

"Al blazed a trail of courage and conscience that so many of us have walked," Jacobs said in a tweet. "Not since the biblical prophets Amos, Hosea, and Micah walked the earth have we been led by such an inspiring justice leader. Our Reform Movement and our world are bereft, for he cannot be replaced."

The St. Augustine Jewish Historical Society is currently gathering funds to mark the site of the arrest with a plaque commemorating the actions of Al Vorspan and the sixteen Rabbis. The plaque is scheduled to be dedicated on June 18, the 55th anniversary of the arrest.

Vorspan was the author of many books, well-known to Jewish students who came of age in the turbulent 1960s. Among his best known works are "Justice and Judaism, Searching the Prophets for Values"; "Tough Choices: Jewish Perspectives on Social Justice"; and "Jewish Dimensions of Social Justice: Tough Moral Choices for our Times," which provides Jewish perspectives and moral policy analysis on issues ranging from abortion to capital punishment and from the Mideast peace process to religious freedom in Israel and the United States.

Albert Vorspan Vorspan was born in St. Paul, Minnesota on February 12, 1924. He fought in the US Navy during World War Two. His memory inspires many in the St. Augustine to move from the complacency of the past with regard to Civil Rights to action in defense of the integrity of all human beings.