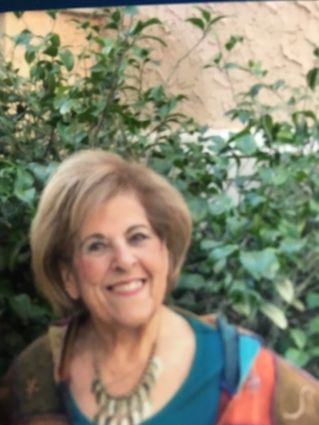 I recently heard from the Simon Wiesenthal Center and pass their message along to you:

"You and I have watched with growing alarm as Israel has been targeted by Hamas with a new wave of terrorist attacks, including not only missiles, but also mass riots. Civilians, co-mingled with Hamas and Islamic Jihad terrorists, have repeatedly tried to breach Israel's international border, with the goal of killing Jews in adjacent areas.

Outrageously, the UN Relief and Works Agency even got in on the act, suddenly closing its 267 schools for two days this spring so that many of their hundreds of thousands of students might join in what Hamas planned would be the bloodiest day of rioting.

Indeed, 62 Palestinians were killed that day, 53 of them were terrorists. It is hard to conceive of a greater example of mass child abuse than that cynical move. (But that doesn't mean Hamas won't try.)

It is now confirmed that many of those same students, aged 9-15 years old, have been training in "summer camps" administered by Hamas and staffed by many Hamas supporters who teach in those UNRWA schools.

There exists shocking video of young girls from an UNRWA school filling balloons with kerosene. These are then floated into Israel to start fires that have destroyed thousands of acres of crops and nature preserves.

But the "crowning moment" of the summer activities? Teaching children how to fire military-grade weapons using live ammunition.

The Wiesenthal Center is working with trusted partners in the Middle East to obtain proof that will expose Hamas perfidy (a deliberate breech of faith) in Gaza. The preliminary footage of children wearing military-style uniforms and marching with weapons was alarming enough.

But the specter of youngsters crawling under barbed wire, jumping through rings of fire, and yes, learning how to use machine guns against Israelis is a nightmare scenario that may be too horrible to imagine... but is exactly what Hamas is doing to Gaza's children.

That is why the Wiesenthal Center is launching a new strategic campaign called "The Gaza Project." This three-pronged campaign will support the Center's work to get accurate information on the ground... demand that countries providing aid to the Palestinians insist on accountability and transparency... and push UN officials and funders of UNRWA to stop teaching children hate and denial of their Jewish neighbors under the banner of the UN."

(If you want to learn more about "The Gaza Project" go to http://www.wiesenthal.com.

PS: The leadership in Gaza claims it has no money to feed its people, no money for electricity, but they do have money to train over 100,000 children to use ammunition and military weapons.

On a much, much, MUCH lighter note...

I recently received a gift from a long-time member of our community, DORIS PINES.

Its title is "The Jewish Mother Goose," modified rhymes for meshugennah times. From time to time I want to share them, starting now:

Larry! Why be so contrary? Listen to what I'm telling,

I think what you're doing is wonderful. My goodness! I'm practically kvelling!

You're no alter kocker. In fact, you're a macher,

And I couldn't be more impressed. You make a nice living, you're gentle and giving- Now if only you knew how to dress.

On Wednesday, March 13, between 9:15 a.m. and 11:30 a.m. in Shayna's Village, there will be a discussion program that is free and open to the community, "You're Not Alone: Honoring and Preserving Your Child's Spirit."

Join us for bagels and coffee as we discuss how to discipline without quashing your child's spirit. We'll ponder what to do when... your child doesn't listen to you; your child throws a temper tantrum; your child won't play on his/her own; your child won't share, etc. Karen Duncan will share simple language and tips to help improve your child's ability to cooperate while still honoring her opinions and preserving his spirit. To register, email register@orlandojcc.org, visit the Registration Desk in the main lobby or call 407-621-4036. To reach Karen Duncan, phone 407-645-0923.

On March 10th at 2 p.m. in the Senior Lounge, the movie will be "The Death of Stalin." Refreshments will be available.

On March 11th at 1 pm in the Senior Lounge, there will be a movie presentation by Sheldon Brook, followed by refreshments.

Beginning at 1 pm in the Senior Lounge, favorite games like Mah Jongg, Dominos, Canasta, Pinochle and Bridge will be played.

(What? No Poker! That's all we played on gig breaks when I toured with musicians!)

On March 14th, attend a Yiddish Circle, beginning at 12:30 pm in the Senior Lounge presented by Victor and Batya Granetstein .

ABE GOLD is truly a mensch... and a talented one at that! He is the author of "Darkness To Light with Hope."

Abe is a Holocaust survivor who shares his journey of life in a tumultuous period of world history. He discusses his family's struggles and how they find and hold onto hope in order to survive.

NANCY LUDIN, CEO of the Jewish Pavilion, describes Abe as a beam of light. "He is warm, bright, courageous and charismatic. Abe and his wife, SYLVIA, lived in Cascade Heights (formerly known as Chambrel and Brookdale Island Lake) before coming to Allegro Senior Living . He walks around with a smile on his face and a slip of paper in his pocket that is a promotion for his book. The Gold's are members of Congregation Ohev Shalom." 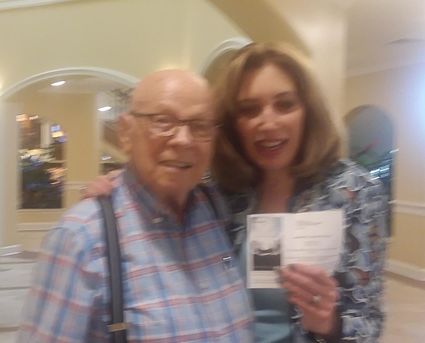 What a doll! What a kind person! I'm referring to NANCY MORMELO, who is employed at TooJays Kosher Deli in Altamonte Springs.

The other day, when she saw me and my friend entering the restaurant, quite upset that my friend was bleeding, Nancy volunteered to help us and she came through with flying colors!

Did you know that they played tennis in ancient Egypt?

They must have, because Joseph served in Pharaoh's court.