Holocaust movie 'Resemblance' to be filmed in Oviedo 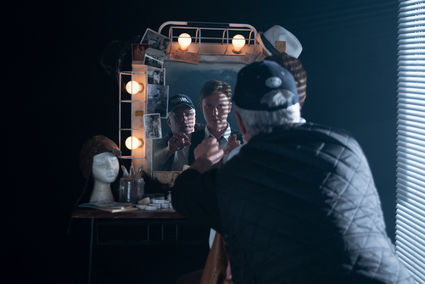 Jordan Woods Robinson rehearsing a scene from "Resemblance" with director Kevin O'Neill behind him.

Talented writer, director and producer Kevin O'Neill has written a short-film script about Dachua survivors of the Holocaust. The film, titled "Resemblance," has a different story line than most Holocaust movies. It takes place in a facility for patients with Alzheimer's Disease, most of whom are Jewish, where Dirk Kramer (played by Jordan Woods-Robinson) plays piano. A professional actor, Kramer sees a way that he can use his acting talents at the facility.

Most of O'Neill's films are often thought provoking and intermingle the past and the present, emphasizing how a person's past affects his or her choices in their futures. He is also brilliant at twists in his plots-leading his audience to speculate one way, then "flipping" the direction of the story in "O. Henry style."

"Resemblance" is no exception. For example, in a flashback to when he was 14, we learn that Kramer discovered his great-grandfather's past, and it shook his world. (I don't want to spoil the plot).

O'Neill got the idea for this script after watching a TED talk with Zak Ebrahim, the son of El-Sayyid Nosair who killed Meir Kahane in 1990 and was the mastermind behind the World Trade Center bombing in 1993. O'Neill questioned, "What if you learned your father was Hitler or a serial killer or a terrorist? How would that affect you?" He was also bothered that so many today deny the Holocaust ever happened.

The lead actor in the film is no stranger to movie making. Woods-Robinson will be familiar to fans of AMC's "The Walking Dead," in which he portrayed Eric Raleigh. He was also in "The Hunger Games" and several other movies, and has also guest-starred in TV shows "Homeland," "Nashville," and "Army Wives." Currently he is a blue man in Universal's Blue Man Group Orlando.

O'Neill knows the ins and outs of filming. He has been in the business for more than 30 years, beginning at UCF where he studied acting for only one year. He then moved to Los Angeles where he studied under acting coaches for 10 years while also working in television shows such as "As the World Turns," "The Young Riders," "Highway to Heaven," and a multitude of commercials.

Becoming disillusioned with the Hollywood scene, O'Neill and his wife returned to Central Florida where he taught acting at the Lisa Maile School. For the past 13 years, he has been teaching acting and directing at Full Sail.

His first short film, which he wrote, directed and produced through his production company Olive Ranch Road Productions, was titled "Clark," which he shot in DeLand. "I planned to make it into a DVD and that would be that," he said. However, he found he loved writing scripts, and began writing and directing short films 12 years ago, winning grand jury awards from around the country. His shorts have been shown at 11 film festivals, including the Orlando Film Festival, Central Florida Film festival, LA Diversity Film Festival, and Melbourne Independent to name a few. He has received 21 awards and 11 nominations for his films. He has also written five feature-length scripts. 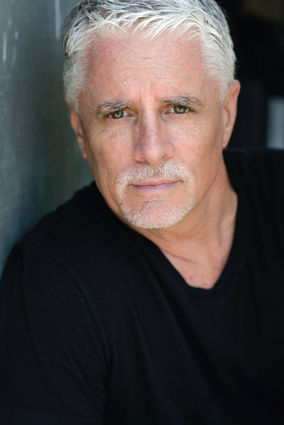 "Resemblance" is currently in pre-production. The film will be shot at Canterbury Retreat in Oviedo beginning in June.

O'Neill is also looking for investors in his productions (he has 16 in development, three of which are full-length features). In addition to Olive Ranch Road Productions, he and his business partner, Phillip Deems, own Plot Twist Media and produce films, documentaries and podcasts.

Several of O'Neill's works can be seen at http://www.oliveranchroadproductions.com or http://www.plottwistmedia.com. O'Neill can be reached at picturekevin@gmail.com.