How partisan politics are dividing an Orthodox synagogue movement 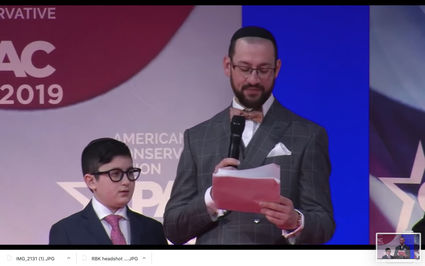 NEW YORK (JTA)-At the end of March, the National Council of Young Israel, an Orthodox synagogue association, will hold a gala dinner hosted by Pete Hegseth, the co-host of "Fox & Friends."

The invitation advertises that Rep. Kevin McCarthy and former Arkansas Gov. Mike Huckabee, both Republicans, will speak. Tommy Hicks, the co-chairman of the Republican National Committee, will receive the Guardian of Israel award. The chairman of the dinner, Rabbi Yechezkel Moskowitz, has tweeted that "#DemocratsAreDestroyingAmerica."

Moskowitz has also trained his Twitter fire on Young Israel rabbis who object to their group's rightward tilt.

"Everyone of the Rabbis on this list from reconstructionist lover @RabbiStarrYITH to tree hugger Barry Kornblau should be ashamed of themselves joining with liberal progressive groups like @IfNotNowOrg in attacking @NCYIYoungIsrael for defending Israels democracy," he tweeted Monday.

Moskowitz told the Jewish Telegraphic Agency that he speaks only for himself, not Young Israel.

For years, the National Council of Young Israel has issued public statements largely supporting right-wing policies and politicians, including President Donald Trump. But now a group of Young Israel rabbis and leaders are protesting the group's political positions. They say the statements do not necessarily represent their views and are made without consulting member synagogues. Some synagogues have floated leaving Young Israel, in part over this issue.

"I would have liked an apology for speaking on our behalf, with divisive issues that are not representative," said Rabbi Adam Starr, who leads Young Israel of Toco Hills in Atlanta. Starr was one of the rabbis Moskowitz called out in his tweet.

"There certainly have been statements made in the past on political issues," Starr said. "My approach is not about whether it's right wing or left wing. A synagogue organization should not be making deeply divisive political statements on our behalf."

All major American Jewish religious movements weigh in on public policy, usually with a distinct ideological if not partisan tilt. And the National Council of Young Israel's president, Farley Weiss, told JTA that he sees such advocacy as part of the group's mission.

Weiss said the Jewish people face "existential threats," pointing in particular to statements by U.S. Rep. Ilhan Omar, a Minnesota Democrat, that many see as echoing anti-Semitic stereotypes. He added that Young Israel has long been politically active, working on behalf of displaced Holocaust survivors, Soviet Jewry and various pro-Israel causes, like moving the U.S. Embassy to Jerusalem.

"I know that the overwhelming majority of our shuls want us speak out on these issues," he said. "The National Council of Young Israel has been, historically, an organization of activism that has been unparalleled in Jewish organizations."

A split over Israeli politics

The current backlash came over politics in Israel, not America. Last week, Weiss defended Prime Minister Benjamin Netanyahu brokering a deal with Jewish Power, or Otzma Yehudit, a far-right political party, for a merger with the more moderate right-wing Jewish Home party ahead of elections in April. A range of American Jewish groups condemned the move as a normalization of bigotry. Weiss in a statement called it a matter of political calculus.

Weiss said the statement was meant to defend a legitimate political maneuver-"what we consider to be a decision made that was not going to lead to anything more than the Jewish Home party being part of the government coalition."

After Starr and other Young Israel congregational rabbis objected, Weiss clarified in a statement that he was speaking for himself and a majority of the board, not necessarily for member synagogues. But the controversy has not abated. Last week, 23 Young Israel synagogues signed a statement objecting to Weiss' comment in particular as well as Young Israel's political statements in general.

"In recognition of the current, highly divisive political environment in the United States, Israel, and beyond, we... call upon NCYI leadership to immediately cease making all political pronouncements," the synagogues' statement said.

Weiss is unhappy that synagogues chose to make a public statement objecting to his stance, especially after his second statement clarifying that he was not speaking for them. He said it was the first time that a statement of his elicited this level of backlash.

"To me that should have been the end of it, and if they wanted to say things to their congregations or under their own names, it's perfectly fine to do that," he said. "I don't think they should have made a statement and made a public debate."

But some Young Israel rabbis say there is a larger issue at play that they have raised previously with the national organization.

Rabbi Barry Kornblau of the Young Israel of Hollis Hills-Windsor Park in Queens, New York, called the Jewish Power statement "the final hammer blow, the straw that broke the camel's back."

"There's been long-simmering discontent among numerous Young Israel congregations, Young Israel leaders, Young Israel rabbis, regarding a whole variety of public policy statements that have been issued by the leadership of NCYI," said Kornblau, one of the public statement's co-authors and another target of Moskowitz's Twitter fire. "Local rabbis and lay leaders do not want to be addressing such controversies in their communities."

The issue is larger than the Israeli election statement, some rabbis say. Recent years have seen national Young Israel leadership unabashedly supporting Republican politics in a variety of forums.

Young Israel's first vice president, Joseph Frager, effusively praised Trump at a February event in Israel. A Young Israel staff member gave a benediction at the recent Conservative Political Action Conference. Following the Pittsburgh synagogue shooting in October, Young Israel thanked Trump for visiting Pittsburgh and posted to Facebook, "The Jewish people in the US & Israel have never had such a great champion in the White House."

In addition, U.S. Ambassador to Israel David Friedman belonged to a Young Israel near his home in Woodmere, New York. Friedman was Trump's attorney.

"Truthfully, you have never seen anything-the revolution that this man has created for the Jewish community in the world, and particularly in Israel," said Frager, referring to Trump. "Incredible things that people just take for granted, but we don't take for granted ... I know everyone in the National Council of Young Israel doesn't take for granted. We know who our friends are and what they have done."

And Weiss' Jewish Power statement is not the first controversial one Young Israel has made. Last year it defended Rep. Louie Gohmert, a Texas Republican, after he suggested that liberal financier George Soros betrayed fellow Jews during the Holocaust. Soros survived the Holocaust as a young teen by hiding in the family home of a gentile man who occasionally took him along when he surveyed Jewish-owned properties.

"What Louie Gohmert said was based upon this interview w/ 60 Minutes in which Soros in his own words clearly implied he helped in confiscation of Jewish property during holocaust while posing as a non Jew & saying he felt no guilt doing so," Young Israel posted to Facebook, adding that Soros' statement "upset many Jews."

(Abraham Foxman, the former national director of the Anti-Defamation League and himself a child survivor of the Holocaust, dismissed the criticism of Soros. "To hold a young boy responsible for what was going on around him during the Holocaust as part of a larger effort to denigrate the man is repugnant," Foxman said in 2010.)

In 2016, studies showed that most Orthodox Jews voted for Trump, even as most Jews overall voted for Hillary Clinton. For American Jews who favor hawkish positions on Israel, supporting Trump has come naturally as he has forged a close alliance with Netanyahu.

Weiss said there is no problem with praising Trump for what he sees as two groundbreaking  pro-Israel actions: moving the embassy move to Jerusalem and withdrawing from the Iran nuclear deal brokered by his predecessor.

"People view our praise of him, on especially these two issues, as somehow we're being more partisan," he said. "The fact is, when I was [Young Israel] president under President Obama, when I felt there was something we could praise President Obama for, we praised him."

The protesting rabbis say they have two problems with the National Council's statements: how contentious their subject matter can be, and that synagogues are not consulted before the statements are released. Rabbi Heshie Billet of Young Israel of Woodmere, New York, says synagogues should at the very least have a chance to read and respond to statements before they go out.

Weiss believes the statements do reflect Young Israel's synagogues because delegates from member congregations elect the slate of national board members. He said he composes the political statements in conjunction with Frager and a public relations consultant.

Dinner, then a break?

Will the protesting synagogues leave Young Israel? As of now, none has immediate plans to do so, though a couple of rabbis discussed the idea.

Discontent among those synagogues has only risen as the Republican-heavy dinner approaches. And tweets by Moskowitz attacking the protesting rabbis have inflamed tensions even more.

"Unfortunately 'some' Rabbis, such as yourself, have decided to become tools of the liberal Progressive left in a crusade to push their ideology," Moskowitz tweeted to Starr, the Atlanta rabbi, on Tuesday. "Baruch Hashem, lines are going to be drawn in the sand and I think that this is just the beginning."

Starr responded to Moskowitz's initial Twitter attack on Facebook, where he wrote, "Yes, I am a reconstructionist lover, and a reform lover and a conservative lover and an orthodox lover, because I love all Jews. Even those who make mistakes in judgement such as tweeting something like this."

Since then, Weiss has asked Moskowitz to refrain from attacking Young Israel rabbis personally, and chalked up the statements to the polarizing effect of social media. He added that Young Israel aims to commend pro-Israel Democrats as well as Republicans. In addition to the Republicans, Democratic Rep. Grace Meng of New York also will be speaking at the dinner.

Moskowitz also told JTA that he believes Young Israel should strive to be bipartisan. But he still had harsh words for the Democratic Party.

"I am 100 percent committed for this dinner, to make sure Young Israel is a success in a bipartisan fashion, to represent its bipartisan values," he said, adding later that "I have very good relations with Democrats. When I say Democrats are destroying America, it's not directed at a person. It's as a movement. I believe their agenda will destroy America."

Before the Twitter war, Starr told JTA that his synagogue board was considering dropping the Young Israel affiliation. He's not sure what benefit it brings to the congregation, which is also affiliated with the Orthodox Union, a centrist Orthodox umbrella group.

"Many Young Israels, including my [own], are also O.U. synagogues," Starr said. "So we're a proud member of the Orthodox Union. What is the value of having multiple synagogue affiliations?" 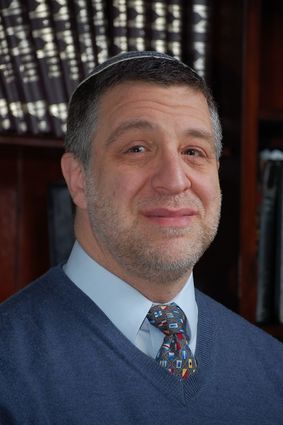 Billet said, "I have no great need to be the rabbi of a Young Israel synagogue," but that "there's been no major uprising in my community to say we don't want to be members."

For his part, Moskowitz tweeted that Starr's synagogue should leave the movement. It took part in a joint memorial service with a Reconstructionist congregation following the Pittsburgh shooting and, he said, "that alone should have it booted from the National Council."

But other Young Israel congregations that signed the protest statement still want to remain part of the movement. Rabbi Moshe Shulman of Young Israel of St. Louis said that being a Young Israel member means having name recognition-and taking part in a national movement.

"If they want to move to the community or are passing through, they hear Young Israel, they know that's an Orthodox shul," he said. "There are other Young Israels around the country we connect with. There's a lot of value to being a synagogue that has a name that represents something."